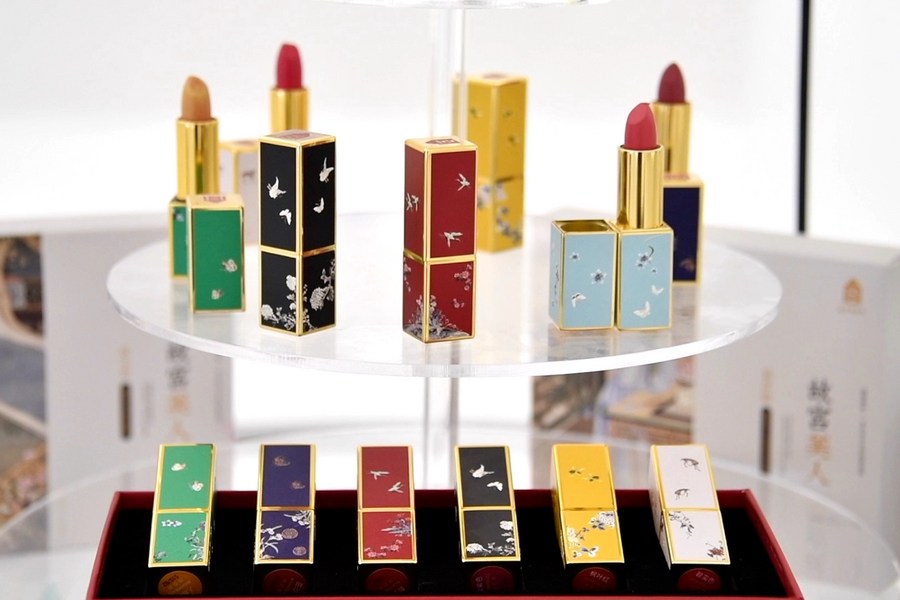 Shu, a native of southwest China's Guizhou Province, has a profound affection for traditional Chinese garments dating back to her childhood.

"I have become friends with many customers as we have the same hobbies. We often exchange views on styles and production skills," said Shu, adding that young consumers make up a big part of her clientele.

Over the past few years, China has seen a surge in young consumers interested in domestic brands and products that incorporate traditional Chinese style and culture, a trend known as "guochao."

These are not merely flash-in-the-pan fads, but long-lasting trends that reflect the changing preferences and habits of Chinese consumers.

In China, there are around 260 million people born between 1995 and 2009, who are often dubbed "Generation Z," according to data from the National Bureau of Statistics.

Growing up in a different environment from their elders, they have witnessed China's rise as a global economic powerhouse and formed a brand-new consumption concept.

Beijing's Palace Museum has been at the forefront of the nationwide guochao trend, with lipsticks and blushes engraved with traditional Chinese patterns being the perennial bestsellers on the shelves. These products have proven immensely popular with Generation Z consumers.

Biohyalux, a sub-brand of Bloomage Biotechnology Corporation Limited, a major hyaluronic acid producer in Shandong, has seen its sales volume soar as it strikes a balance between technology and culture.

Data show that in 2021, the revenue of Biohyalux increased 117.4 percent year on year, with young female consumers being an important part of its consumer base.

The secret of business growth is its technology research and development. "Extracting 1 kg of hyaluronic acid used to require more than 20,000 roosters," said Zhao Yan, chairman of Bloomage Biotechnology.

According to Zhao, hyaluronic acid in China used to mainly reply on imports. The import price per kilogram of products was as high as 1 million yuan (about 150,000 U.S. dollars).

Thanks to innovation and continuous upgrading of production technology, China has become the world's largest producer of hyaluronic acid.

With such a large and dynamic consumer group, experts believe the consumption power of Generation Z is pushing forward constant innovation in various sub-sectors in China and the modernization of the consumer market in years to come.