Shandong to promote cuju to world during FIFA World Cup 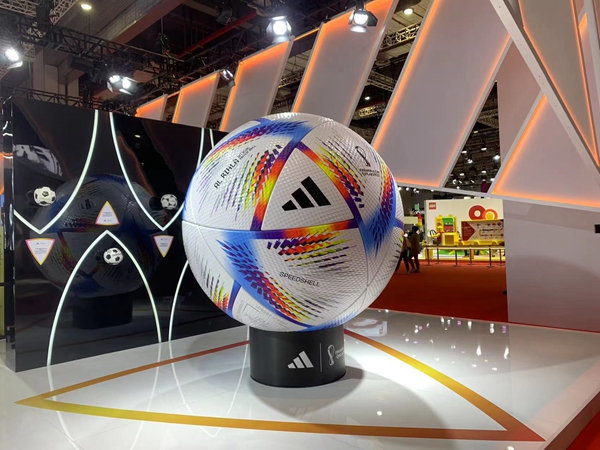 A large soccer ball goes on display at the fifth China International Import Expo in Shanghai, to promote the upcoming FIFA World Cup in Qatar. [Photo by Xue Xinyi/chinadaily.com.cn]

Shandong province in East China will hold a series of foreign exchange and promotions activities – dubbed "Visits to the origin of soccer culture" – during the upcoming FIFA World Cup in Qatar, according to a statement released at a news conference in the provincial capital of Jinan city on Nov 16.

The city of Zibo in Shandong was recognized as the birthplace of the international game when the ancient Chinese game ofcuju, which has been traced back to the Linzi district of Zibo, was in 2004 acknowledged by FIFA as the earliest form of soccer.

With the golden opportunity presented by the World Cup, the province's local authorities plan to promotecujuand Shandong culture globally. The foreign exchanges and promotions activities will be held in person and online, both at home and abroad.

At the FIFA Fan Festival – taking place on Nov 20 to Dec 18 in Doha, capital of Qatar – exhibitions and shows aboutcujuwill be staged. A China-Qatar teenagercuju-themed exchange will also take place.

Furthermore, Shandong will launch videos and a series of promotional materials with the theme of the origins of soccer – via mainstream media and on the platforms of cooperating institutions from all over the world. 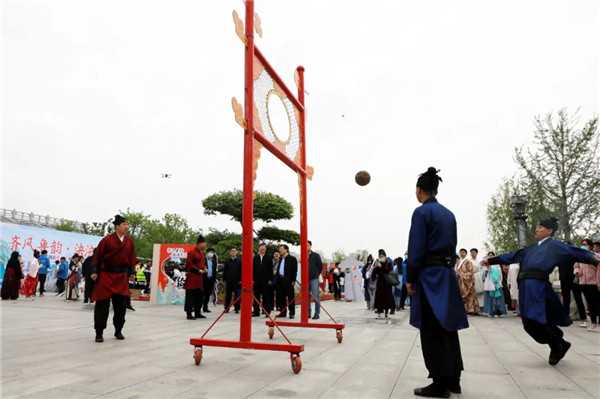 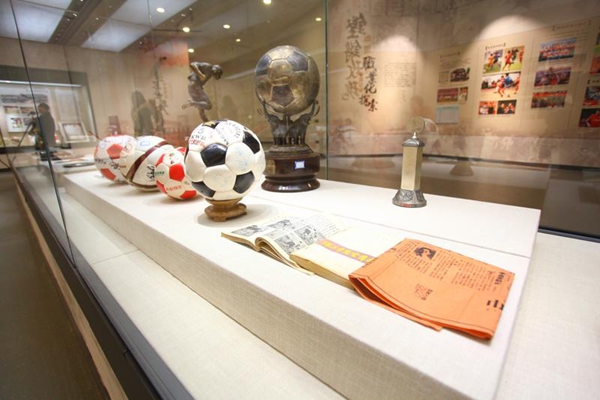 Prized exhibits go on show at the Linzi Football Museum. Another two exhibitions on Qatar's culture and tourism and the World Cup will be staged in the museum from Nov 24. [Photo/WeChat ID: zibowenhualvyou]