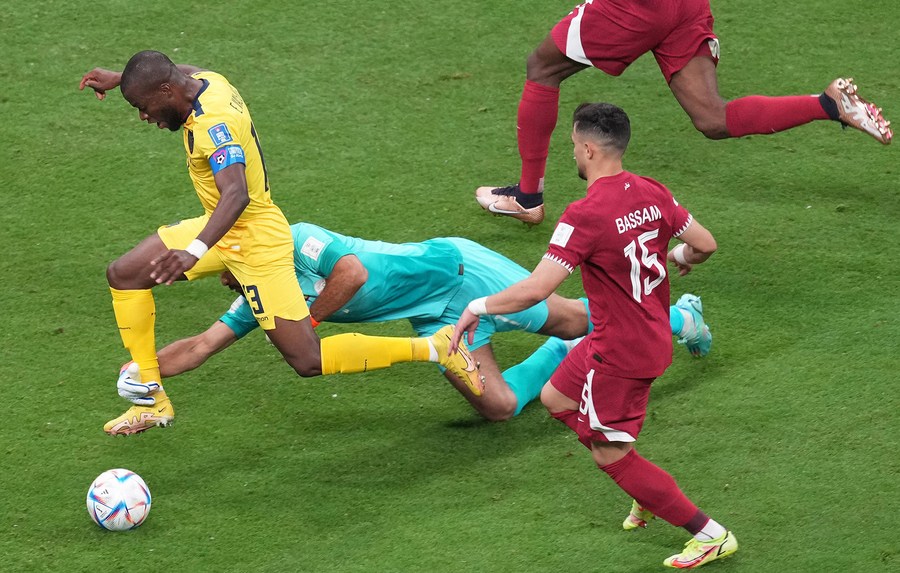 Enner Valencia scored a brace in Ecuador's 2-0 win over hosts Qatar in the World Cup opener and became the all-time leading scorer of the South American country.

The Fenerbahce forward converted a penalty before powering home a header to give Gustavo Alfaro's side a perfect start in Group A.

Despite having 47 percent of possession, the hosts didn't manage a single shot on target while Ecuador had three.

The result marked the first time that a host team has lost the opening game of the World Cup. 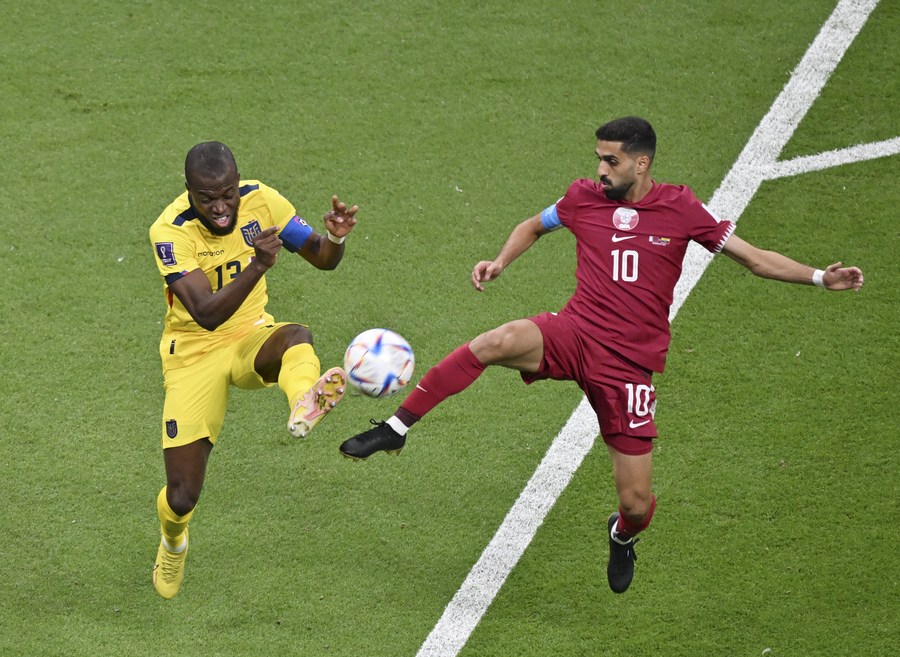 Enner Valencia (L) of Ecuador vies with Hassan Alhaydos of Qatar during their Group A match at the 2022 FIFA World Cup at Al Bayt Stadium in Al Khor, Qatar, Nov. 20, 2022. (Xinhua/Xiao Yijiu)

The partisan crowd was sent into stunned silence when Ecuador appeared to take the lead in the fifth minute at Al Bayt Stadium in Al Khor, around 50 kilometers north of Qatari capital Doha.

Valencia powered a header into the back of the net following Felix Torres' overhead kick, but the goal was disallowed after the former West Ham and Everton forward was ruled offside by the video assistant referee.

Valencia did not have to wait long for his next chance. The 33-year-old was awarded a penalty in the 15th minute when he was tripped by goalkeeper Saad Al-Sheeb, having been played through on goal by Sebastian Mendez.

He then calmly slotted his spot-kick into the bottom right corner after sending Al-Sheeb the wrong way. 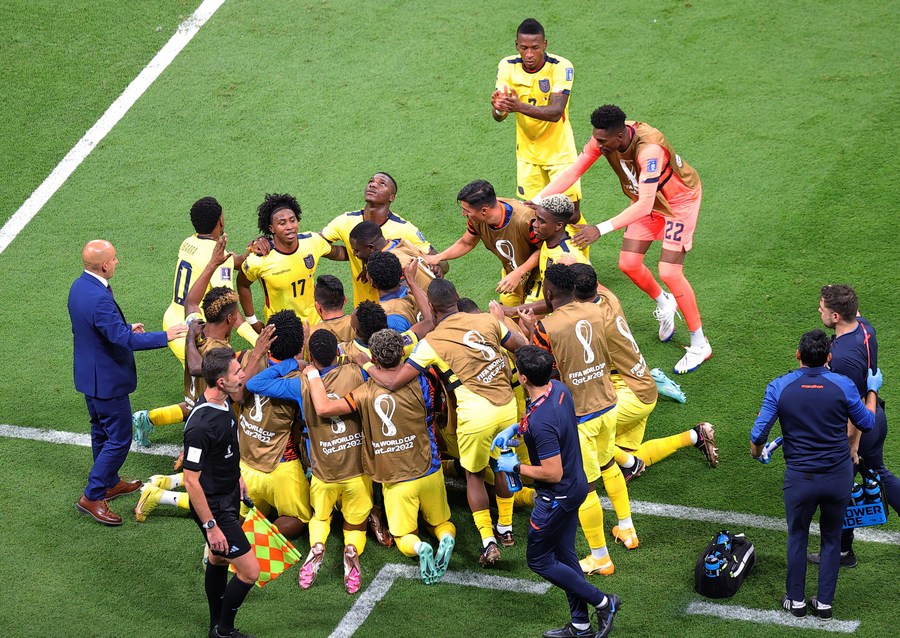 Players of Ecuador celebrate scoring during the Group A match against Qatar at the 2022 FIFA World Cup at Al Bayt Stadium in Al Khor, Qatar, Nov. 20, 2022. (Xinhua/Wang Dongzhen)

Ecuador's all-time leading scorer was in inspired form and he doubled the lead just after the half hour by straining every muscle in his neck to thump a header past Al-Sheeb following Angelo Preciado's cross.

Qatar's best chance of the opening 45 minutes came moments before the first-half whistle when Almoez Ali sent a glancing header wide of the target connecting Hassan Al-Haydos' cross from the right flank. 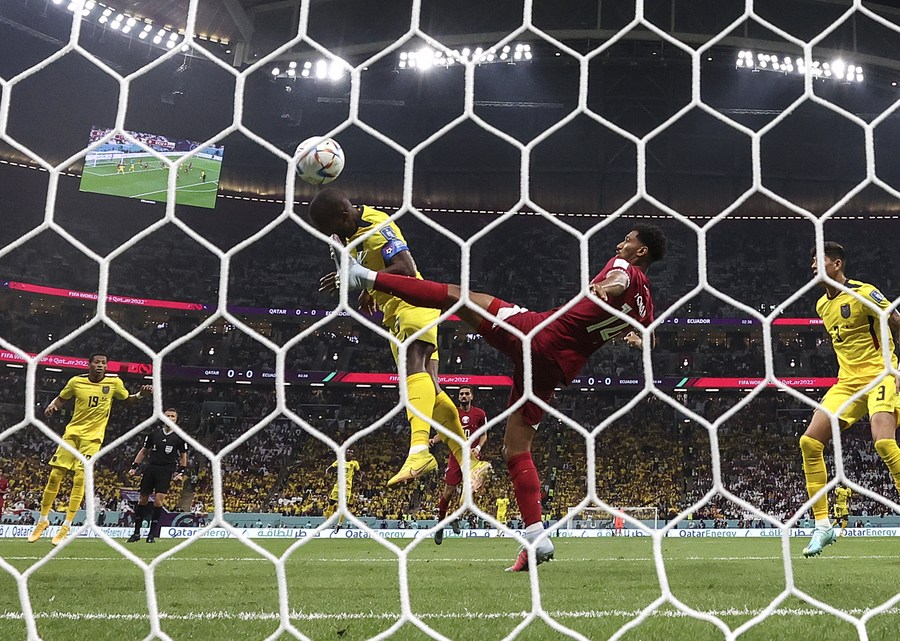 Enner Valencia (L) of Ecuador heads the ball during the Group A match against Qatar at the 2022 FIFA World Cup at Al Bayt Stadium in Al Khor, Qatar, Nov. 20, 2022. (Xinhua/Li Ming)

It took Qatar until the hour mark to make their first convincing attacking move of the second half. Abdelkarim Hassan sent a dangerous cross into the box from the right wing and Pedro Miguel rose highest only to see his header sail just wide.

Scoring chances for both teams were few and far between thereafter as Ecuador were content to sit back and concede possession without ever looking in danger of letting their lead slip.

Qatar will face Senegal in their next match on Friday while Ecuador are scheduled to meet the Netherlands the same day.