This year—the year 2022—is the 2,573rd year since the birth of the great sage Confucius. As part of the annual celebrations in honor of his birth, the 2022 Global “Online Worship of the Confucian Sacrificial Rites" has officially kicked off. Since its inception six years ago, each year's online event has had a wider range of participants, a greater number of activities, more distinct technological innovation, and has paid more attention to attendees’ overall experience.

With the theme of "benevolence, courtesy and harmony in the world", webcast of the Confucian Sacrificial Rites will begin at 8:30am China time on September 28, 2022. Gathering more than 60 Confucian temples, academies, and cultural institutions from around the world, the Chinese language online event sharing the grand ceremony of the Confucian Sacrificial Rites as practiced in different localities will last for around 3 hours.

Including everything from in-depth explanations of the ritual music to the specifics of the ceremony’s etiquette and ritual systems, and expounding upon the value which Confucianism and Confucian ritual can bring to the modern world, the live broadcast will mostly take part from Jinan and the Qufu Confucius Temple with additional content from the Zhengding Confucian Temple and other Confucius Temples around the world.

The combined online and offline activities which are part of the Global Celebration of the Confucian Sacrificial Rites have—over the past six years of development and refinement—become an influential cultural brand with more and more media platforms participating in and sharing the live feed. As of now, there are a total of more than 50 mainstream media outlets, provincial and municipal level media outlets, and commercial social media platforms taking part, disseminating this event, and helping to enhance the influence and appeal of China’s excellent traditional culture. 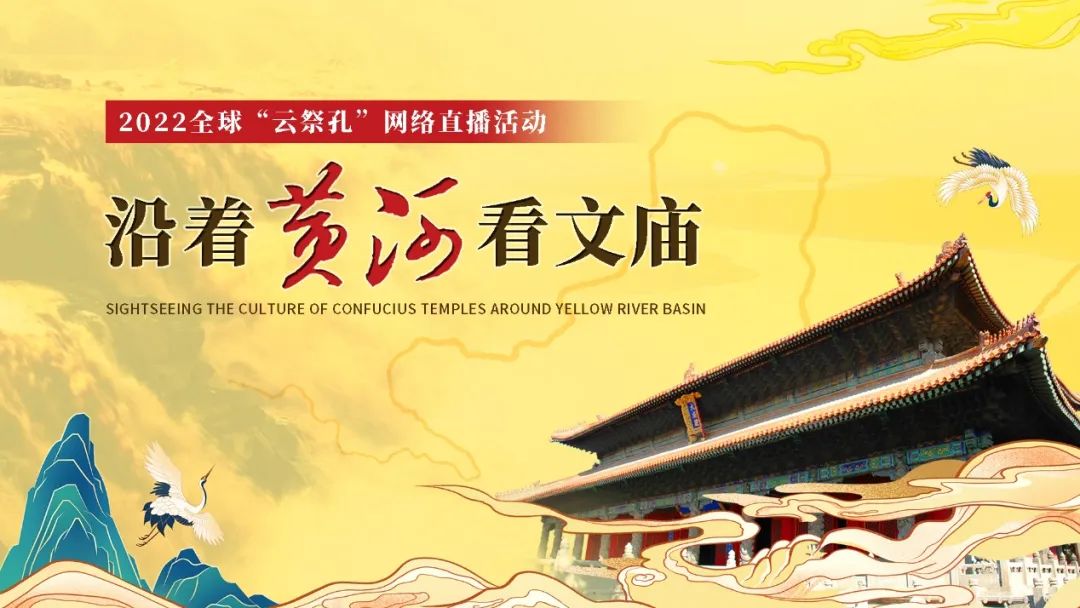 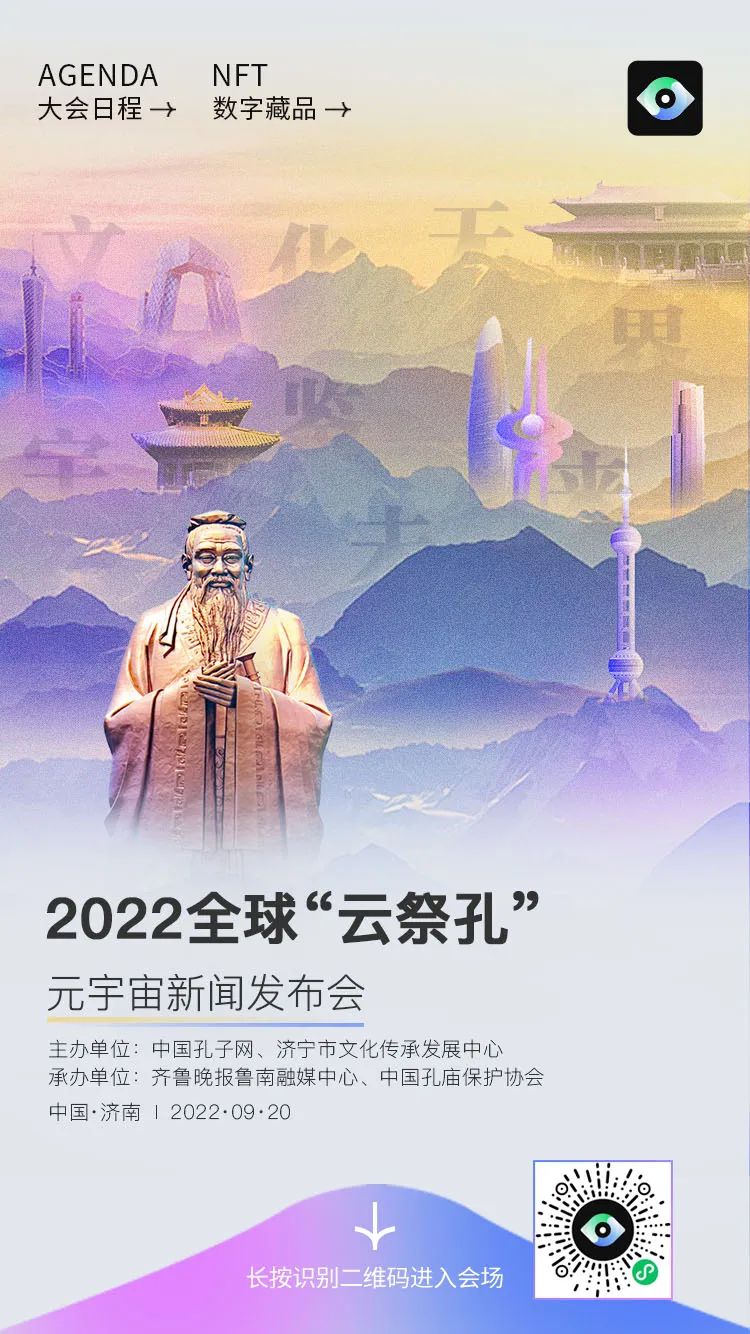 Taking place at 9:00am on September 20, the Metaverse Press Conference for the Global Online Worship of the Confucian Sacrificial Rites used a virtual venue which participants could enter via their mobile phone or computer. Including virtual exhibitions, online conferences, live broadcasts, and multi-person interactions, the audience was able to fully immerse themselves in a new experience which combined traditional culture with VR technology.

As a way of unifying the worship of Confucius and jointly experiencing the annual Confucian Sacrificial Rites, the event callled upon Confucian temples and institutions both inside and outside of China to join hands and build a bond of emotional resonance via the internet.

At the same time, the press conference announced the release of a Metaverse Digital Collection of Confucian works and the launch of cultural and creative products related to the online worship of the Confucian Sacrificial Rites. Under the theme of "Unbounded Culture and Visions of the Future", the Digital Collection features a group of art works created by poor and underprivileged children at the Jiujulong School in Qufu. With all proceeds going to purchase books for Jiujulong School, ticket sales for the Digital Collection will open during the Metaverse press conference. 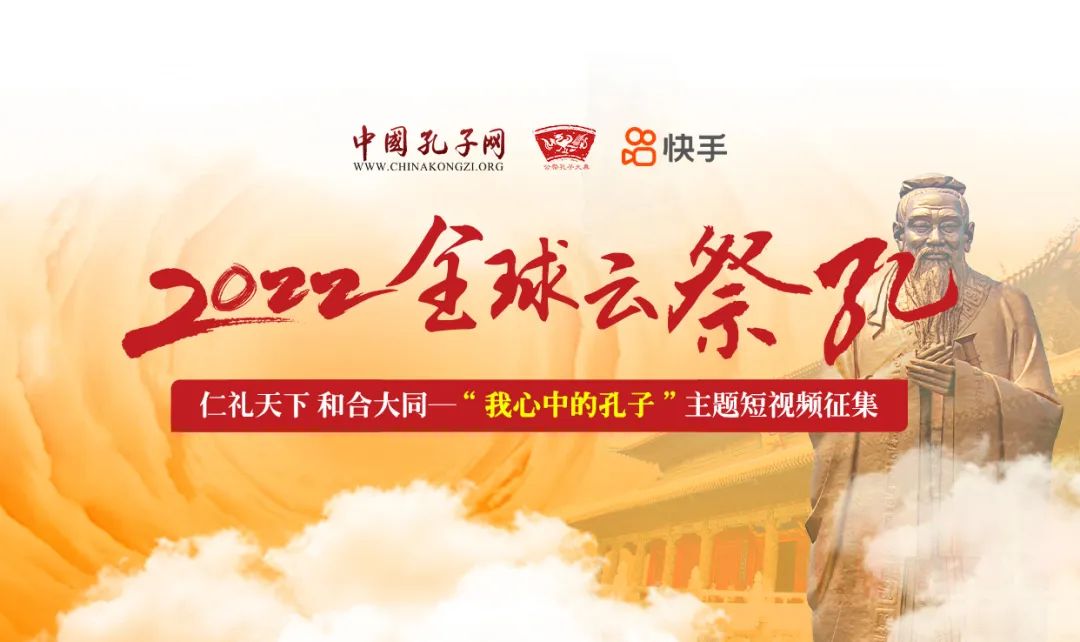 Confucius is recognized by the world as a holy sage and great teacher. However, each person’s has their own personal conception of who Confucius was and what he means to them. As a result, the 2022 Online Worship of the Confucian Sacrificial Rites will feature a special “Confucius is in My Heart” activity which solicits short video works from people of all walks of life. During the livecast, a selection of the best works will be presented.

This short video collection event was jointly initiated by the website of the World Center for Confucian Studies, the Jining Cultural Heritage and Development Center, and Kuaishou. From September 18th to October 8th, Kuaishou and Weibo will have a special #我心中的孔子 hashtag for participants to use when posting videos which they wish to enter.

Using a first person perspective, after entering a virtual Confucian Temple, visitors will be able to take part in various processes and ceremonies. As attendants at this solemn and awesome ceremony to respect the Great Master, they will be able to immersively participate in a ritual experience unlike any other. At the same time, The platform has also set up the ability for netizens to “send flowers”, “dedicate their love”, and “pray together”.