Report: Dual-circulation proving to be a boon for multinational firms

By ZHONG NAN in Beijing and XIE CHUANJIAO in Qingdao 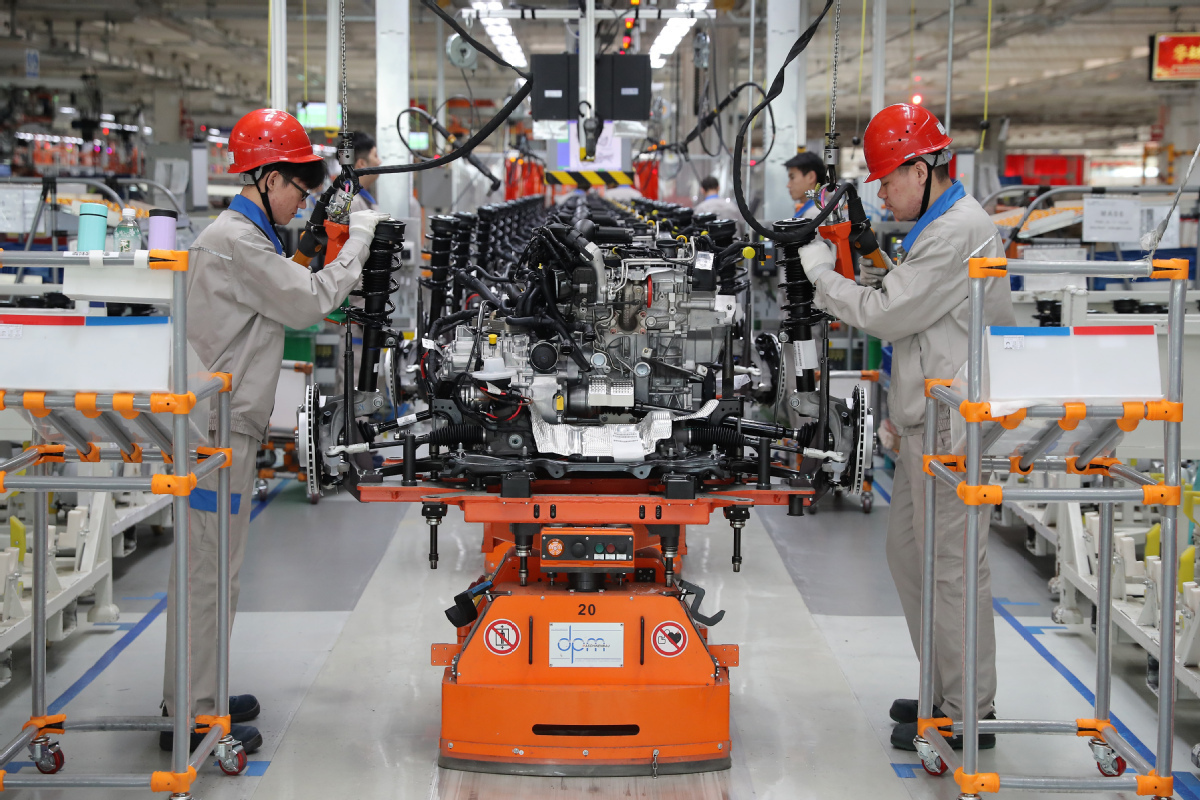 FAW-Volkswagen employees work on an assembly line at the automaker's Tianjin plant. [Provided to China Daily]

China's dual-circulation development pattern will create more space for the growth of multinational corporations in services, innovation-driven areas and businesses related to digital empowerment, said a study-based report released by a government think tank on Friday.

The report, titled Multinationals in China: New Opportunities Arising from a New Paradigm, and released by the Beijing-based Chinese Academy of International Trade and Economic Cooperation (CAITEC), a part of the Ministry of Commerce, said China's new opening-up areas and advanced opening-up level will enable the mutual reinforcement of domestic and international circulations.

The government's move to accelerate the effective integration of domestic resources has already persuaded global companies to invest in high-tech sectors in China.

Now, in response to the dual-circulation development pattern, MNCs are also keen to increase their spending in areas like industrial upgrading, rural revitalization, regional coordination and green development, in order to maintain robust growth of their operations in the country, the report stated.

China's dual-circulation growth paradigm recognizes the domestic market as the mainstay, with the domestic and foreign markets reinforcing each other.

The CAITEC released the report during the two-day second Qingdao Multinationals Summit that ended on Friday in Qingdao, Shandong province.

Under the new paradigm, China will strive to expand the opening-up policy, which was so far seen in the flow of goods and factors, to institutions as well, in the context of rules, regulations, management and standards.

Efforts will be made to build an institutional system and regulatory model in line with international norms, and further shorten the negative list for foreign investment access, said the report.

With the gradual opening up of the domestic sector, overseas firms have achieved significant development in China and made considerable contributions toward modernization of the domestic circulation industry through demonstration projects, said Gu Xueming, president of the CAITEC.

"As China's domestic economy is crucial in ensuring global supply and meeting diverse demands, multinationals have more room to expand imports and exports," he said, noting MNCs are proficient in optimizing the import mix and improving the quality of exports by leveraging their global brands, market networks and other resources, so as to boost the steady development of foreign trade.

While China's foreign trade amounted to 18.07 trillion yuan ($2.8 trillion) in the first half of this year, the value of exports and imports of foreign-invested companies rose 19 percent year-on-year to 6.61 trillion yuan, according to latest data released by the General Administration of Customs.

Some 1.46 trillion yuan of China's foreign trade volume was contributed by 30 leading global companies, indicating they are an indispensable part of supporting the nation's exports and imports, said Wang Lingjun, the administration's vice-minister, at a sub-forum in Qingdao.

Chen Chunjiang, director-general of the department of trade in services and commercial services at the Ministry of Commerce, said foreign direct investment in China has been directed toward high-tech businesses and mostly services-oriented in recent years. This has played an important role in optimizing and upgrading China's industrial structure.

"Their continued investment in high-tech industries has also supported China's economic restructuring, and the transformation of growth momentum," he said.

China's actual use of foreign capital surged to 607.84 billion yuan in the first half of this year. That was an increase of 28.7 percent year-on-year and a 27.1 percent rise over the same period in 2019, according to ministry data.

Vorwerk Group, a German industrial and technology company, will establish a digital solutions center in Shanghai in the fourth quarter of this year to facilitate its transformation from a manufacturing company to a services-oriented manufacturer to better adapt to China's changing market environment.