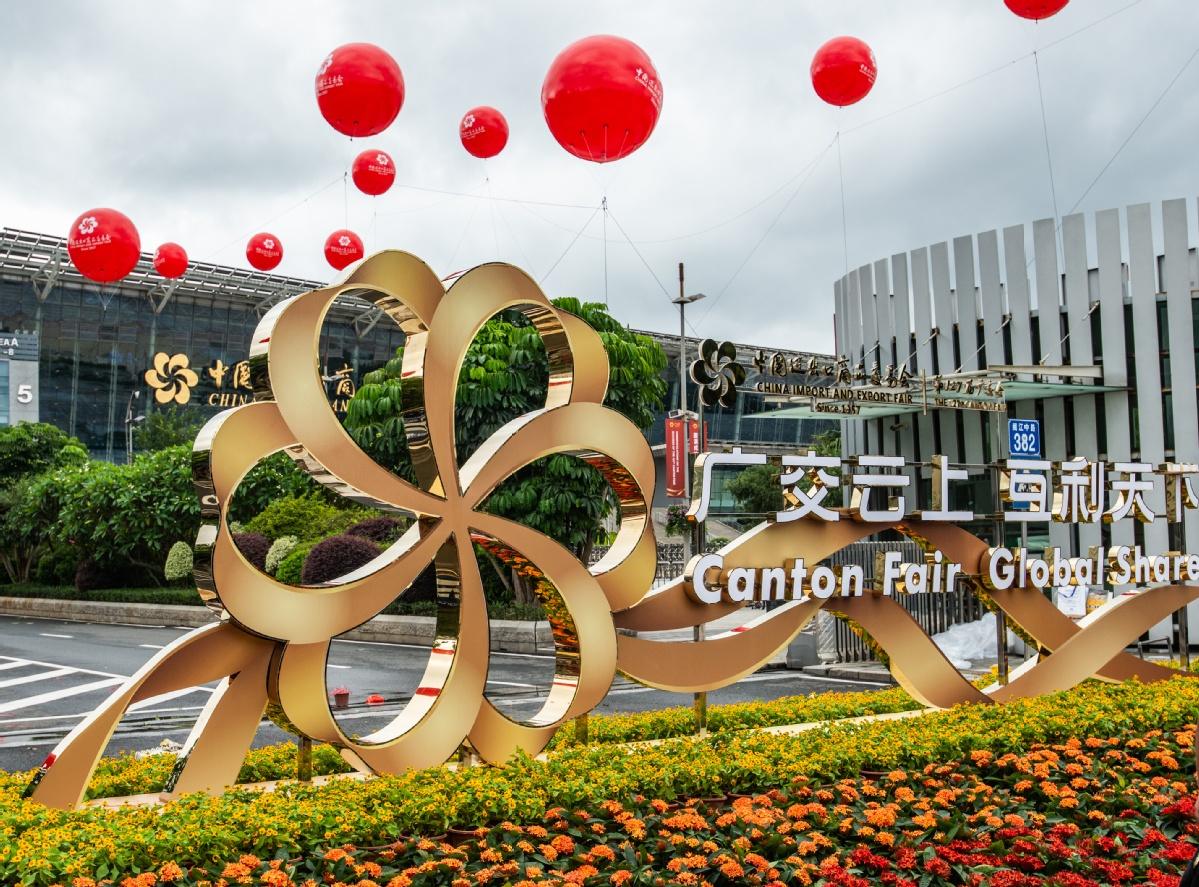 A view of the China Import and Export Fair Complex in Guangzhou, capital of South China's Guangdong province, on June 14, 2020. [Photo/China Daily]

The upcoming 130th session of the China Import and Export Fair will enrich the nation's dual-circulation development paradigm as well as new formats for foreign trade around the world, senior government officials said on Tuesday.

The event, also known as the Canton Fair, will be held from Oct 15 to 19 in Guangzhou, the capital of Guangdong province, and feature online as well as offline activities for the first time. The twice-a-year fair was held only virtually twice in 2020 and once earlier this year because of the impact of the COVID-19 pandemic.

The fair will have the theme of "dual circulation", a reference to China's new development paradigm, in which the domestic market is the mainstay and the domestic and overseas markets reinforce each other, said Ren Hongbin, vice-minister of commerce.

In addition to about 60,000 online exhibition booths for 26,000 domestic and international exhibitors, the fair will have an offline exhibition area of 400,000 square meters and cover 16 categories of products, from consumer goods to manufacturing machinery, according to the Ministry of Commerce.

As China's foreign trade soared 23.7 percent year-on-year to 24.78 trillion yuan ($3.84 trillion) in the first eight months of the year, the nation is capable of reaching its goals for foreign trade with steady quantity growth and quality improvement this year, Ren said.

Zhang Xin, Guangdong's vice-governor, said that along with tightened epidemic prevention measures to ensure the smooth operation of the Canton Fair, the province will support the Qianhai cooperation zone in Shenzhen, the Nansha New Area in Guangzhou and the Hengqin cooperation zone in Zhuhai, as well as other key zones, to explore and implement more flexible investment and trade facilitation policies. It will also further promote efficient, convenient and orderly flow of personnel, goods, capital and information to boost its economy, Zhang said.

While online and offline integration has become a new trend in exhibitions, the government found that the exhibition sector has been growing briskly since the second quarter of this year, said Chu Shijia, head of the Guangzhou-based China Foreign Trade Center.

Assisted by digital technologies, online exhibitors are not only able to display images of their products, but also can make use of livestreaming, 3D technologies and virtual reality tools to demonstrate their goods, and can hold online video negotiations with potential buyers, he added.

The China Import and Export Fair started in 1957. It is the country's largest and longest-running comprehensive trade fair, and has the largest number of overseas buyers and product categories, according to the Ministry of Commerce.