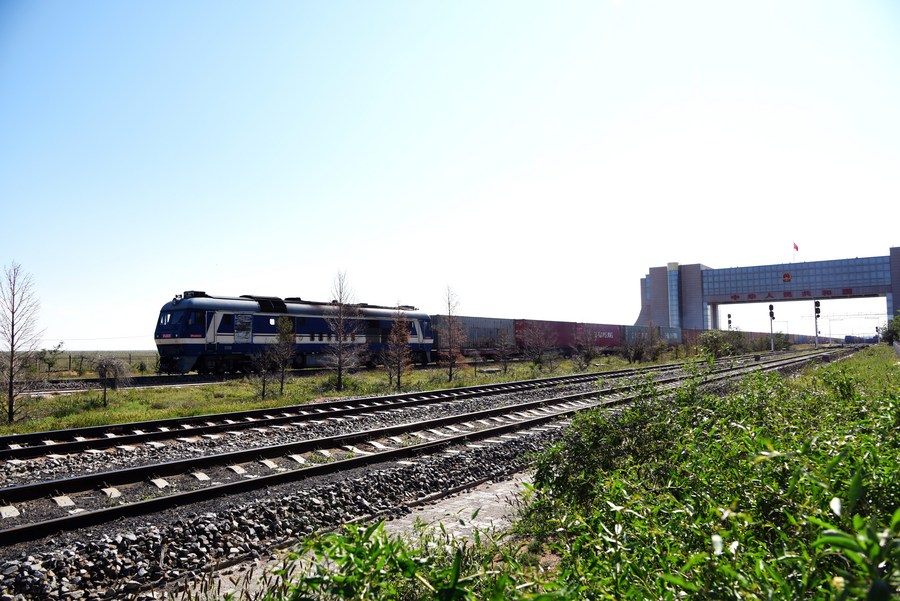 HOHHOT, Oct. 14 (Xinhua) -- As of Tuesday, a total of 2,103 China-Europe freight trains have passed through the border port of Erenhot in north China's Inner Mongolia Autonomous Region this year, up 16 percent year on year, according to the local railway authorities.

Erenhot Port is the largest land port on the border between China and Mongolia, with 53 China-Europe freight train routes passing through the port. The routes begin in more than 40 cities across China and end in 60 destinations across 10 countries, including Rotterdam and Moscow.

"Since the beginning of this year, the border inspection equipment and facilities at the Erenhot station have been upgraded, which has helped boost the number of China-Europe freight trains passing through the border," said Zhang Peng, an official with the Erenhot railway station.