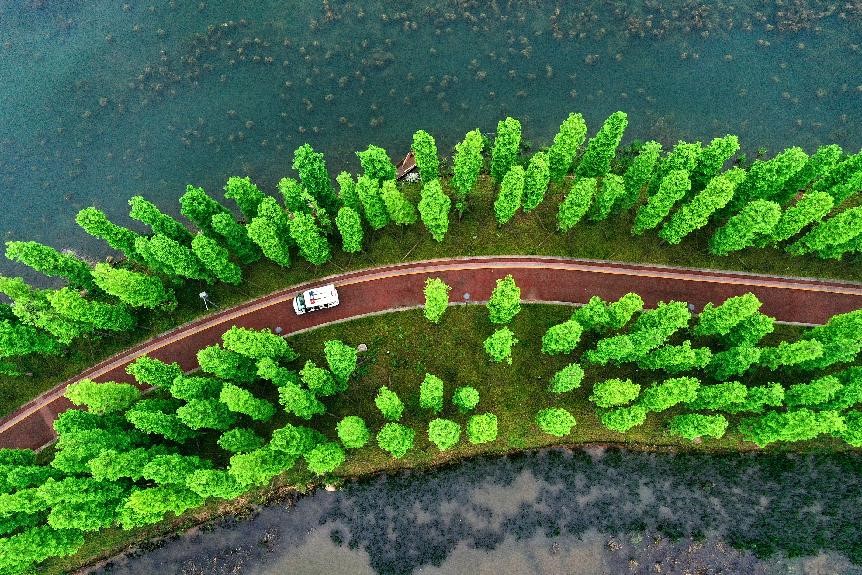 In 2018, China’s Ministry of Housing and Urban-Rural Development (MOHURD), together with Beijing, started the campaign by conducting a “checkup” on the capital city. This year, the number of Chinese cities sampled has risen to 59, and an assessment mechanism for “health checks” on cities has basically taken shape.China, whose urbanization rate has surpassed 63 percent, has been carrying out “health checks” on cities to diagnose and tackle in time their problems in development, including overpopulation, traffic congestion and shortage of public service facilities. The measure is playing an important role in fueling high-quality development of cities and improving residents’ quality of life.

Such “health checks” now take into consideration 65 indexes in eight aspects to determine cities’ condition, including “ecology and livability”, “health and comfort”, “safety and resilience”, “transportation and convenience”, “landscape and characteristics”, “tidiness and order”, “cultural diversity and inclusiveness” as well as “innovation vitality”.

“During a health check, we found the service radius of parks and greenbelts and facilities that serve residents’ needs for exercising near home failed to meet the standard in Chengdu, capital city of southwest China’s Sichuan province,” said Deng Jing, a staff member with the bureau for park building efforts in Chengdu. The two indexes fall into “ecology and livability” and “health and comfort” respectively in “health checks” on cities.

To address the problems, the bureau cross-referenced data collected during the “health check” and thought of utilizing idle spaces in cities to improve the two indexes. It changed the space under an overpass at Fuqing road, Chenghua district of the city, into an outdoor gym, which has become a popular destination for leisure activities and exercise among residents living nearby.

The 1-kilometer-long and 18-meter wide gym has a skatepark, basketball and badminton courts as well as a playground for children, and is decorated with flowers, plants, and lights. To ensure the safety of residents, the bureau has fenced the gym with railings and added traffic lights and traffic signs on roads around it.

According to the results of “checkups” on 36 cities conducted last year, many saw their urban functions and living environment improve. In cities such as Shanghai and Guangzhou, more than 60 percent of residents use public transportation, over five percentage points higher than that of some megacities in the world (55 percent).

The results of the “checkups” also showed some communities were held back by inadequate infrastructure and public service facilities. The coverage rate of community elderly care service facilities in all 36 cities sampled failed to reach the standard, and community-based health care service centers in 28 cities received less than 30 percent of the outpatients in their cities.

Social satisfaction survey has been used as one of the methods for conducting “health checks” on cities. Residents have been invited to scan a QR code to enter an online third-party platform authorized by the MOHURD to fill out the questionnaires and even make suggestions about tackling problems in their own communities.

“We have publicized the ‘checkups’ in airports, subway stations and core business areas and instructed residents in filling in questionnaires online,” said Yang Zhihong, deputy head of the commission of housing and urban-rural development of southwest China’s Chongqing municipality, adding that over 60,000 questionnaires have been completed and submitted by Chongqing residents.

After the survey, the commission will report issues closely related to people’s well-being and causing widespread concerns to relevant departments in time and make sure they can be dealt with promptly.

The MOHURD has encouraged third-party “health checks” on cities that are mainly carried out through technological means. “Data collected from third-party ‘health checks’ are mainly used in combination with remote sensing data on cities and AI analysis and are supplemented with data collected from social surveys,” said Lin Peng, secretary general of the Tsinghua Urban Institute under Tsinghua University.

“For instance, we calculate the quantity index of new residential buildings that are over 80 meters in height through high-resolution satellite imageries,” Lin said.

It is necessary to fully learn about people’s concerns, wishes and expectations by carrying out “health checks” on cities and prioritize problems that hang over city’s risk prevention and control and arouse deep concerns among people, noted Yang Hongyi, an official with the MOHURD.