Winter Olympics trivia: What are the new events for Beijing 2022 Winter Games? 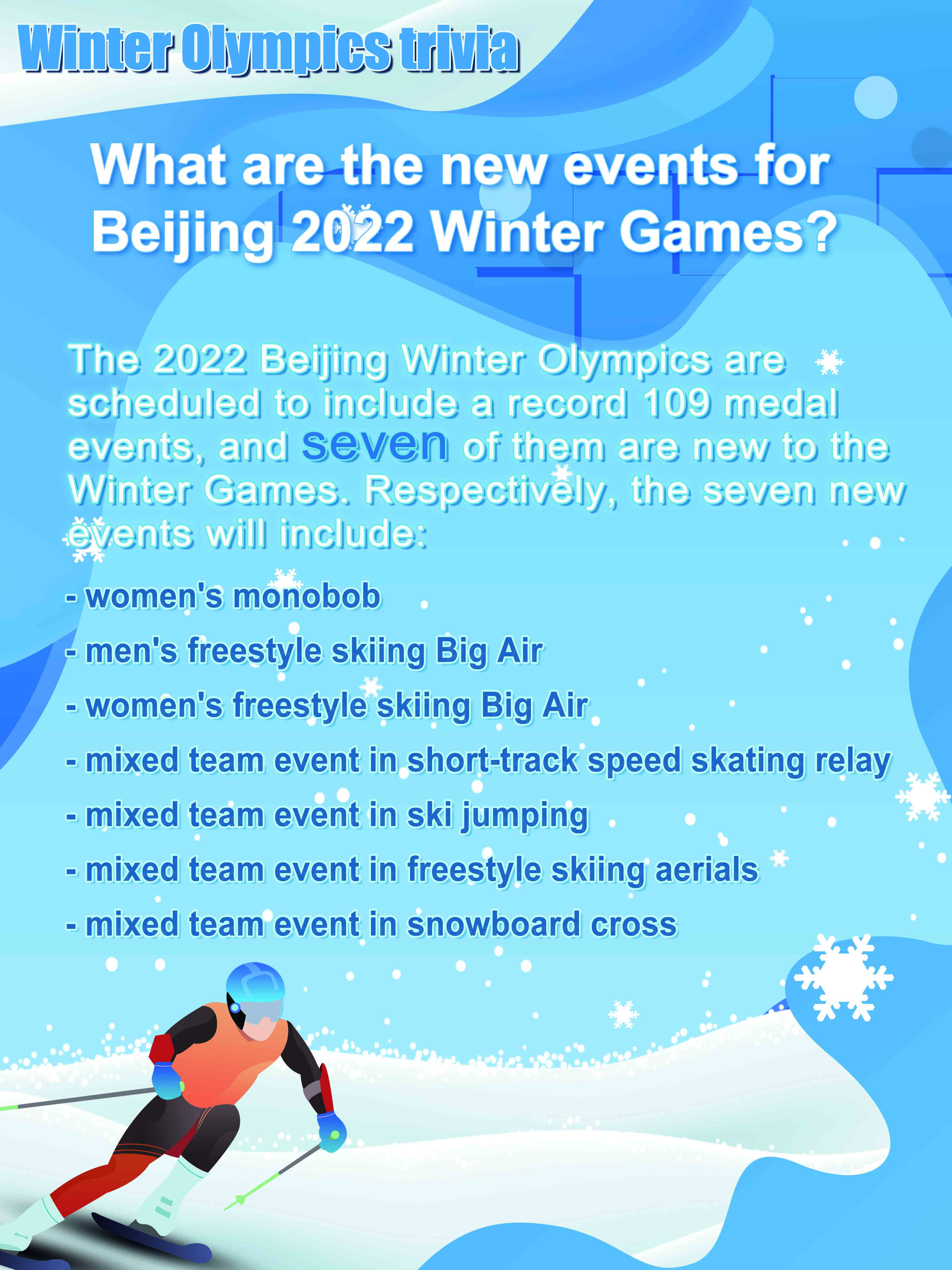 The 2022 Beijing Winter Olympics are scheduled to include a record 109 medal events, and seven of them are new to the Winter Games.

Besides, these newly added events enjoy huge popularity among a younger generation of people and will help to further improve the participation level of females at the Winter Games, Li added.