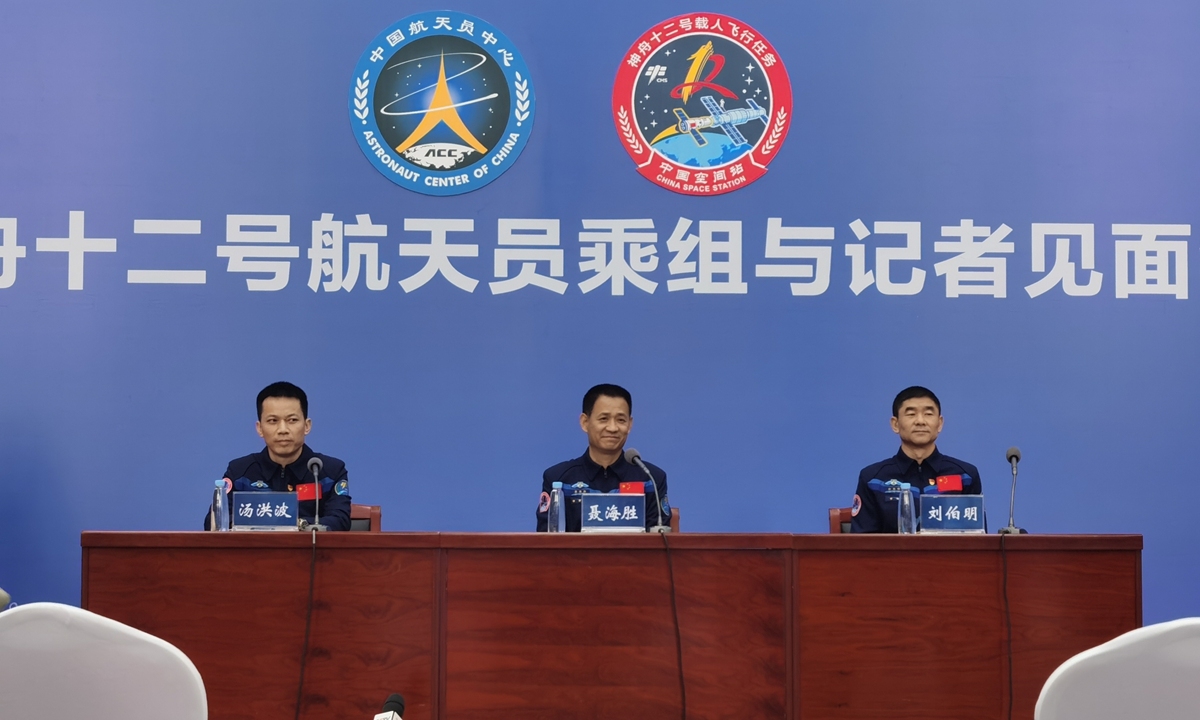 Nie Haisheng, Liu Boming and Tang Hongbo - the three Shenzhou-12 taikonauts who extended the record of Chinese astronauts' longest stay in space in a single flight mission to 90 days - made their first public appearance on Tuesday after safely returning to Earth on September 17.

Jing Haipeng, captain of the Chinese Astronaut Corps, updated the media during the event held at the Beijing Aerospace City. The captain said the Shenzhou-12 crew has recovered their body weight to the same level before the spaceflight mission, and their muscle strength, endurance, and exercise cardiopulmonary function reserves have been further restored, achieving the expected results, according to a statement the China Manned Space Agency provided to the Global Times.

The Shenzhou-12 crew is at the second stage of their recovery process after the first quarantine stage and prior to the third observation one, said Jing, who is also the first Chinese astronaut to have flown on three missions (Shenzhou 7, 9 and 11).

The three taikonauts are expected to return to regular training after they pass the three stages and a health assessment, sources with the Chinese astronaut training system told the Global Times. 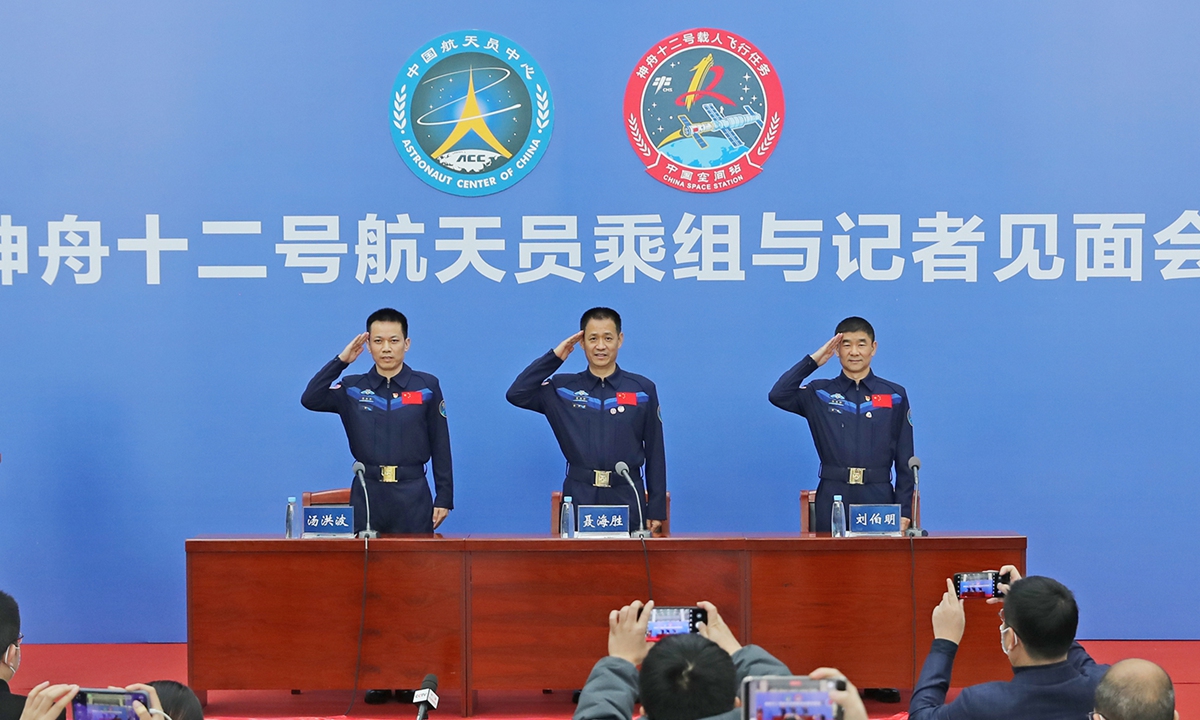 (From left to right) Tang Hongbo, Nie Haisheng and Liu Boming - the Shenzhou-12 crew - stand and salute at a media conference held on December 7, 2021 in Beijing. Photo: courtesy of our space

Mission commander Nie Haisheng told the media that he will maintain the original aspiration of flying and will go back to training without any hesitation. He added that he is always prepared to go to space for the country.

During their 90-day stay in orbit, the three taikonauts carried out a variety of tasks. Their tasks included transferring and un-boxing supplies from Tianzhou-2 cargo spacecraft to decorate the space station core module, conducting hours-long spacewalks twice and verifying the reliability of the craft's smart robotic arm.

As the first group of residents in the Chinese space villa, they also verified the capability of the new regenerative life support systems onboard, laying foundation for future missions and the long-term operation of China's space station.

On the other development, the three taikonauts of the ongoing Shenzhou-13 spaceflight mission - Zhai Zhigang, Wang Yaping and Ye Guangfu - are set to interact with students on Earth and give their first live lectures from "heaven" from the orbiting China Space Station's Tianhe core module on Thursday.

The astronauts will introduce and display their living and working spaces in the Chinese space station. They will also demonstrate projects like cytological experiments, the motion of objects and the surface tension of liquids in the microgravity environment. They will have real-time interaction with the ground classrooms to spread the knowledge of crewed spaceflight and inspire young people.