Yantai, a coastal city in East China's Shandong province, is located inthe center of the Shandong Peninsula. The city is situated ata latitude of 37 degrees, and itscoastlineis an ideal place to play in the sand, sun and sea.

Yantai is in charge of a maritime area that is 12,300 square kilometers in size and has a 1,071.19-kilometer-long coastline. Many different types of seafood, such as sea cucumbers, abalones, and sea crabs, have been transported to Yantai from the sea.

Yantai, a coastal city in East China's Shandong province, is located inthe center of the ShandongPeninsula. [Photo provided to chinadaily.com.cn]

Yantai apples are the most famous, andhave a history of more than 150 years. They are renowned worldwidefor beingbright in color, sweet, attractively shaped, and crispy. Currently, Yantaiapples have abrandvalueofmore than 15 billion yuan ($2.35 billion), and have ranked number one among China's fruit brands for the past 13 years.

Yantai, which has been making wine for more than a century, is situated at anorthernlatitude of 37 degrees, and is believed to be locatedat an optimal location forproducing wine. The city currently produces more wine than any other region in China. 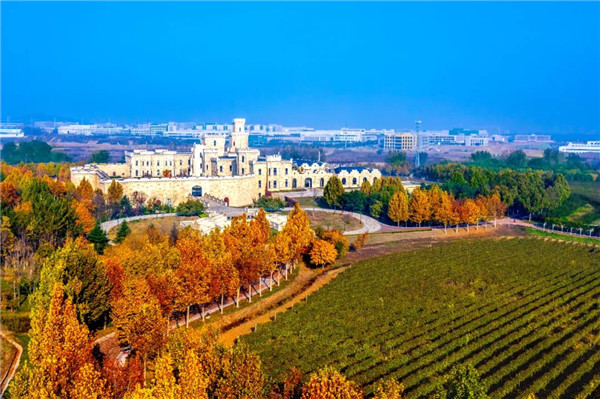 This year, Yantai launched a plan to utilizethe wine industry as one of its 16 key industrial chains, and will integrate the city's wine industry resources and cultural resourcesto build an international wine city. 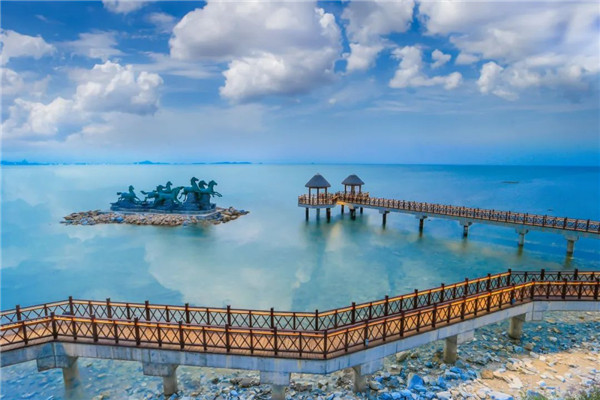 Yangma Island Tourist Resort in Yantai is recognized as an ideal destination for tourists looking to escape the scorching summer heat due to its pleasant climate, gentle sea breeze, and attractive coastal scenery. [Photo provided to chinadaily.com.cn]

The city is also home to a variety of tourist attractions and cultural attractions, including Yantai paper-cutting, Zhifu Island, Yangma Island, and Penglai Pavilion. For travelers visiting Yantai, Penglai Pavilion is a must-see attraction. This is considered to be "heaven on earth" in Chinese legends and is the home of immortals and deities.