BEIJING, Jan. 20 (Xinhua) -- Hanging the Chinese character "Fu" on doors and walls is one of the most common and important customs when celebrating the Spring Festival, or the Chinese Lunar New Year.

The character, which is traditionally handwritten by calligraphers, expresses people's delight in the festival and their wishes for the coming year. 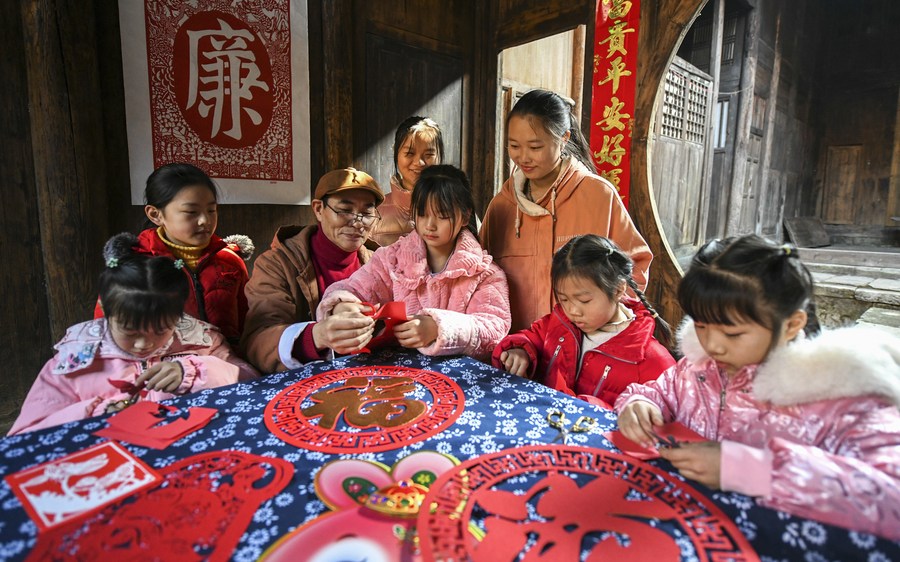 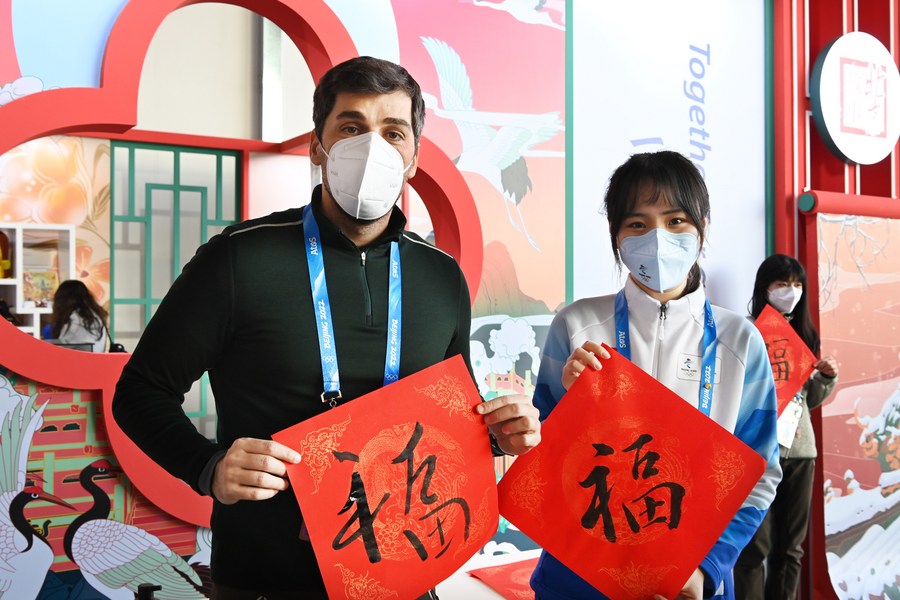 Ricardo Carvalho (L) and Wang Feiwen show their calligraphy work of Chinese character "Fu" at the Main Media Center for the 2022 Olympic and Paralympic Winter Games in Beijing, capital of China, Jan. 31, 2022. The Beijing Story House held a folk activity for staff, volunteers and journalists to experience traditional culture on the eve of Chinese Lunar New Year. (Xinhua/Li Ziheng) 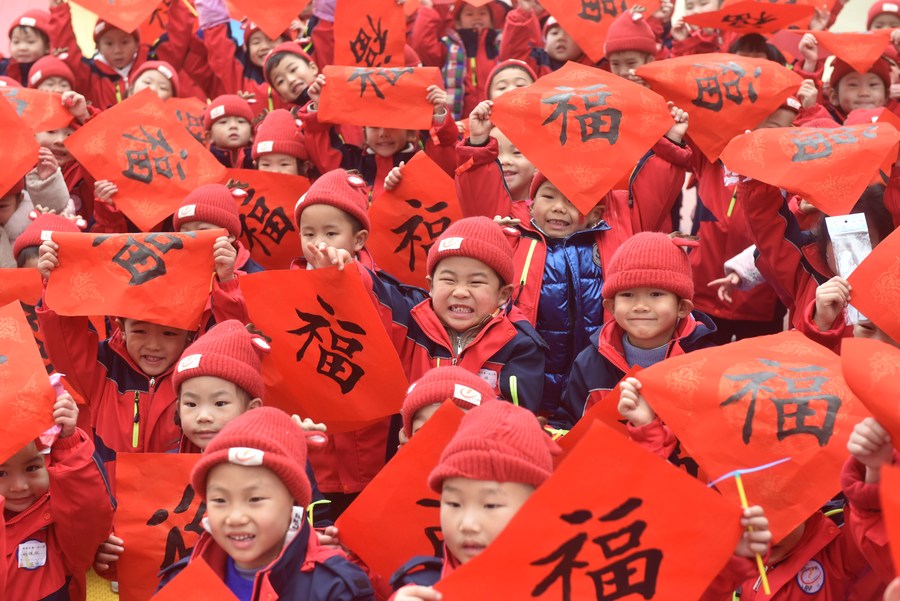 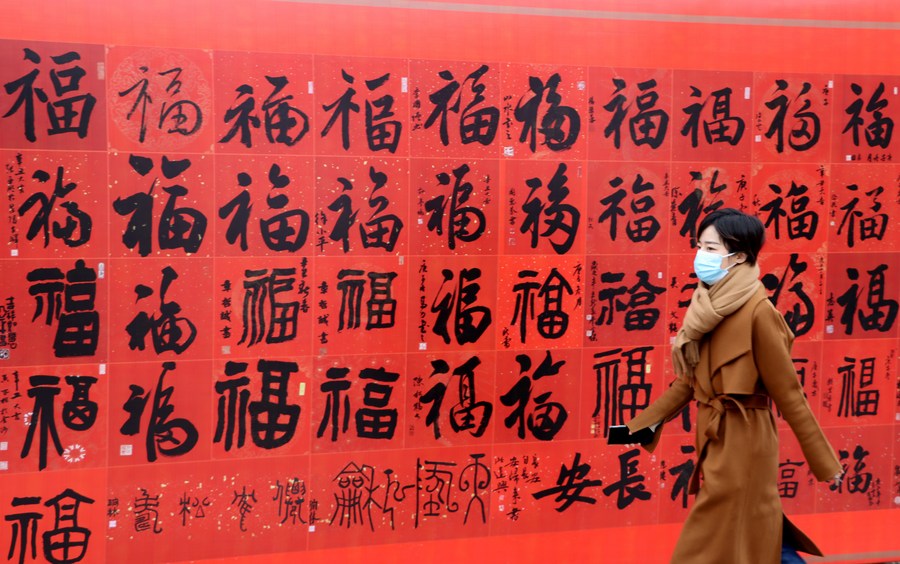