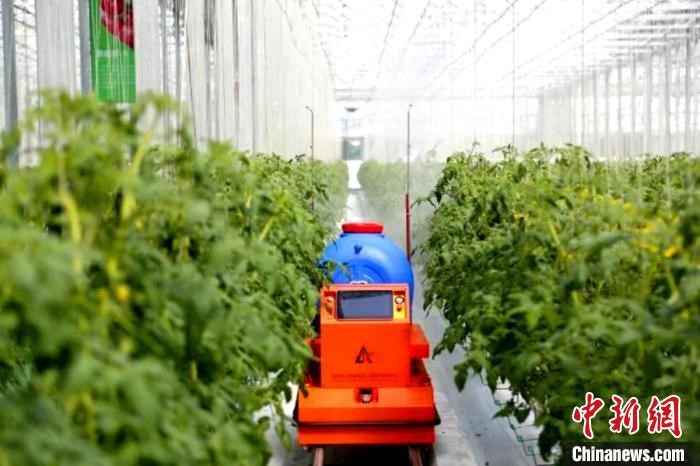 Photo shows a robot in a greenhouse that is capable of performing multiple tasks such as pollination, transportation, and spraying chemicals. (Photo/Chinanews.com)

Since 2018, Shouguang, a major vegetable production base in China, has built 25 key vegetable industrial parks, covering a total area of about 1,533 hectares which are dotted with modern greenhouses, according to Wang Lixin, head of the city’s bureau of agriculture and rural affairs.Shouguang city in east China’s Shandong province has been developing smart greenhouse farming in recent years, making vegetable production more efficient and increasing local farmers’ incomes.

Thanks to the application of intelligent devices and digital technologies, farmers are able to control and adjust factors such as ventilation, temperature, humidity, fertilization and watering in the greenhouses via an app on their smartphones at home, reducing the resources needed for growing vegetables and increasing production, the official explained.

Wang added that Shouguang is now home to 16,000 smart greenhouses, increasing farmers' revenue by 500 million yuan (about $77.3 million) every year.

Li Yihai is a vegetable grower in the city’s Cuijiazhuang village, where a modern agriculture demonstration base was built several years ago. The 54-year-old considers himself a beneficiary of smart greenhouse farming.

“When the temperature inside the greenhouse exceeds 28 degrees Celsius, the smart device will automatically open the vent of the greenhouse, and vice versa,” he said.

According to Li, the automated greenhouses require less manpower, and he is capable of managing his 6,300-square-meter greenhouse all by himself. 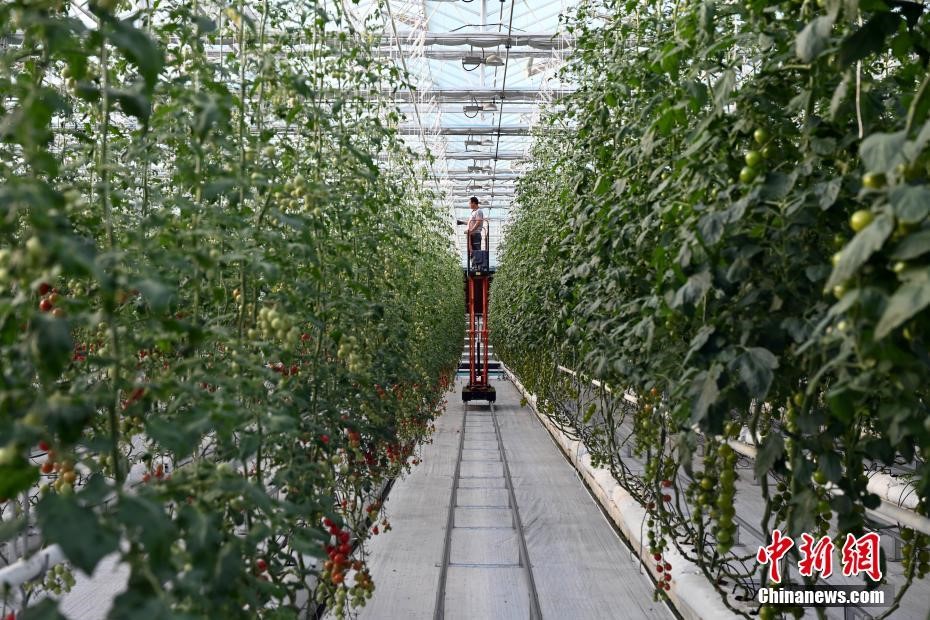 A worker checks tomatoes grown through soilless cultivation on a lift truck in a greenhouse in Shouguang, east China's Shandong province. (Photo/Chinanews.com)