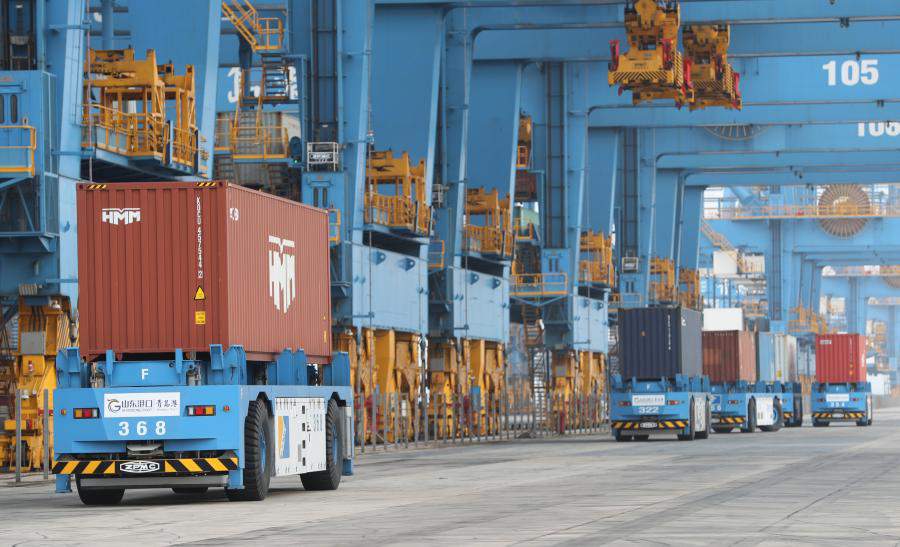 Cargos are transported on automatic vehicles at the automatic dock of the Qingdao port in Qingdao, east China's Shandong Province, Jan. 14, 2021. (Xinhua/Zhang Jingang)

JINAN, July 22 (Xinhua) -- China's Shandong Province saw its foreign trade with countries participating in the Belt and Road Initiative rise 45.5 percent year on year to over 423.48 billion yuan (about 65.47 billion U.S. dollars) in the first half the year, official statistics have shown.

The province's trade with the Association of Southeast Asian Nations (ASEAN) accounted for more than 45 percent of its total trade volume with Belt and Road countries during the period, according to statistics announced at a press conference held by the provincial government.

The top commodities exported to Belt and Road countries were mechanical and electrical products, as well as steel.