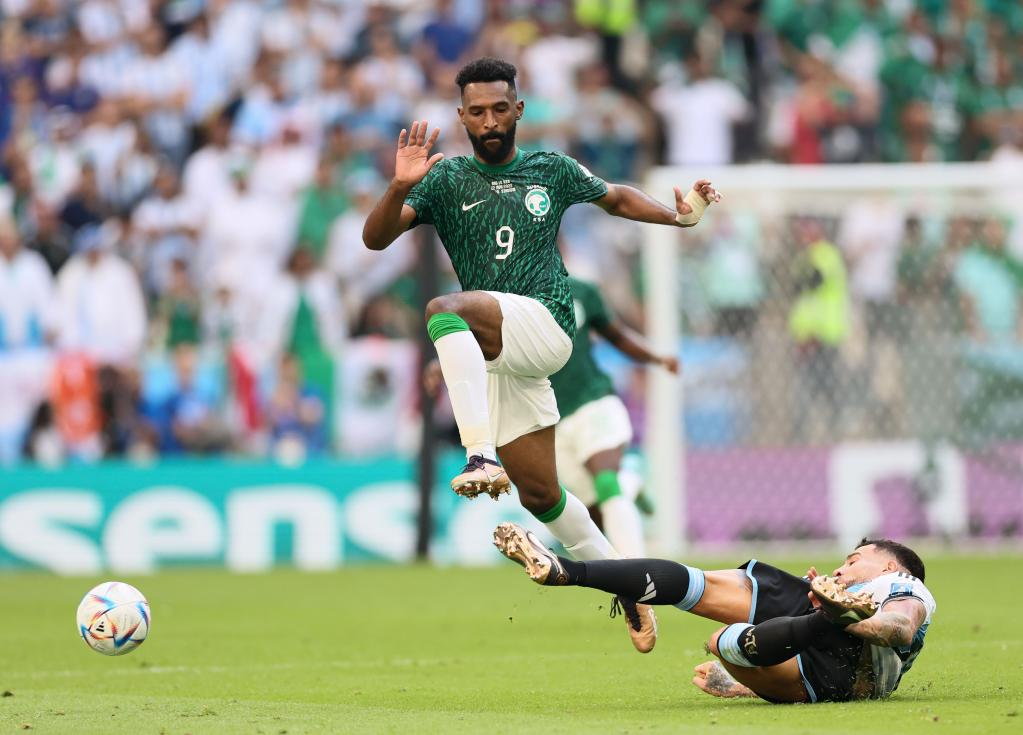 Lionel Messi gave Argentina the lead by converting a 10th-minute penalty before Alshehri and Aldawsari struck early in the second half in front of 88,000 fans at Lusail stadium.

The result ended the Albiceleste's unbeaten run of 36 matches dating back to the 2019 Copa America in Brazil, where they lost to the tournament hosts in the semifinals.

It marked Saudi Arabia's first-ever victory over the South American team and only their fourth win in 17 World Cup matches overall.

Argentina, considered by many as title favorites before the tournament began, will now likely need to win both of their remaining group matches against Mexico and Poland to advance to the next round.

At Al-Rayyan's Education City stadium, Denmark dominated possession but left empty handed as Tunisia held the European side to a goalless draw in Group D.

Christian Eriksen proved that he was still the soul of the team with his vision and composure on the ball, as well as his delivery at set pieces.

The 30-year-old is making his first appearance at a major tournament since he suffered a cardiac arrest and needed to be resuscitated at Euro 2020.

In Group C, Robert Lewandowski missed a second-half penalty as Poland were held to a goalless draw by Mexico.

The Barcelona striker earned the spot-kick after having his shirt pulled by Hector Moreno just before the hour at Stadium 974 in Doha. But the 34-year-old, who has never scored a World Cup goal, saw his tame effort saved by Guillermo Ochoa.

"Today I feel sorry for Robert, because I know how much he wanted to score at the World Cup," Poland manager Czeslaw Michniewicz said. "So far he has not succeeded, but I hope that in the next opportunities that lie ahead of him he will convert them into goals."

And in Al-Wakrah, Olivier Giroud became France's joint-highest scorer as the defending champions came from behind to rout Australia 4-1.

AC Milan forward Giroud, who equalled Thierry Henry's mark of 51 international goals, scored either side of halftime after Craig Goodwin had given the Socceroos the lead with a ninth-minute strike.