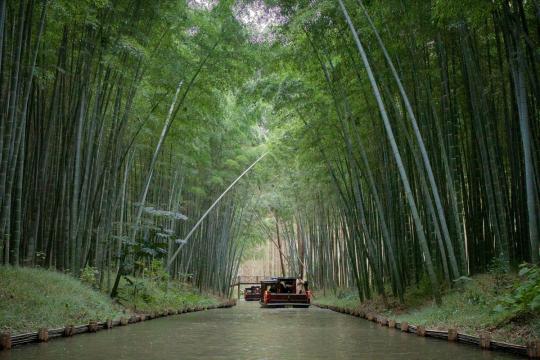 The new ones opened in 19 regions, including the Tibet and Inner Mongolia autonomous regions and the provinces of Yunnan, Hubei, Shanxi, Guizhou and Sichuan, the administration said in a notice.

It urged all national wetland parks to intensify protection and restoration work.

"Scientific research and surveillance should be conducted to guide the conservation," the administration said. "National wetland parks should follow the path of high-quality development and seek sustainable development. Public education on environmental protection should be encouraged in the parks."

Five pilot parks in Inner Mongolia, Guizhou, Jiangxi and Shaanxi had failed to reach set standards, it said, urging them to conduct reforms under expert guidance.

"National wetland park construction should focus on the region's natural and cultural characteristics," the administration said.

"The parks will add to our experiences through exploration of a harmonious coexistence between humans and nature."

China is home to 10 percent of the world's wetlands, with its 65.9 million hectares ranking fourth globally, making conservation of its wetlands a crucial matter.

In addition to its 899 national wetland parks, China also has 1,600 wetland parks at the provincial, city or county level, the administration said.

"The Chinese government has attached great importance to wetland protection and has invested more than 20 billion yuan in their protection," said Wu Zhimin, director of the administration's wetland management department. "China is the first country in the world to have conducted three rounds of nationwide wetland resources investigation."

"About 90 percent of China's wetland parks are open to the public for free," Wu said. "It is a reflection of our practices of maintaining sustainable development and seeing people benefit from ecological conservation."

Wetlands－lakes, rivers, marshes and coasts－are the most threatened ecosystem and also vital feeding and breeding grounds for migratory birds.

China's wetlands have expanded steadily over the past five years, growing by 202,600 hectares and making a significant contribution to water quality and environmental protection, according to the administration.

The country's first specialized wetland protection law, which aims to strengthen their protection, was passed at a recent session of the Standing Committee of the National People's Congress. It will come into effect on June 1.