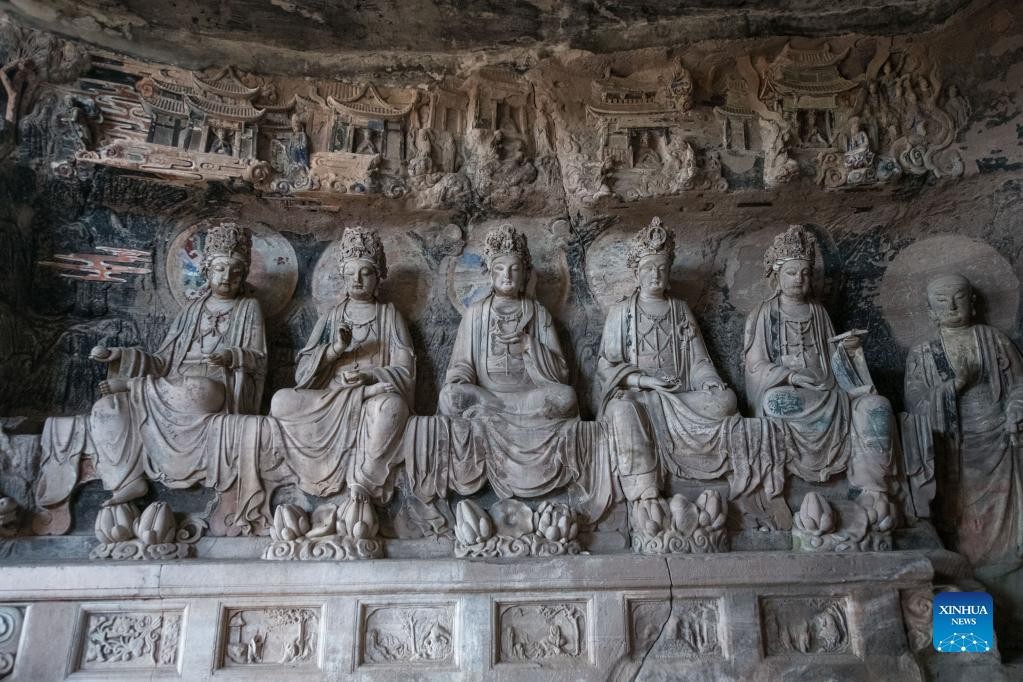 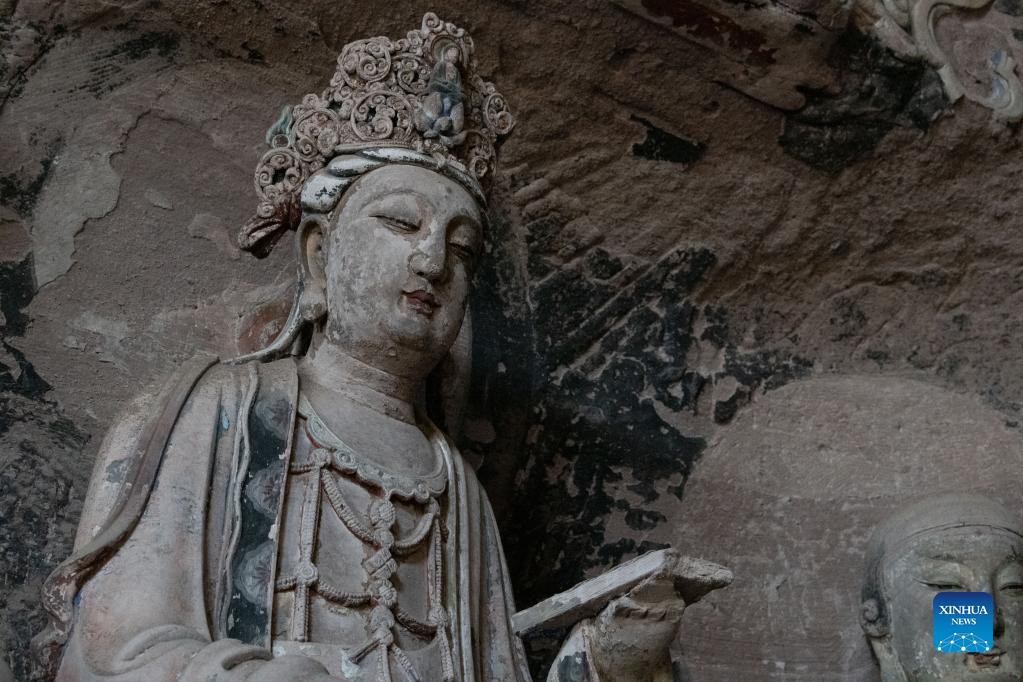 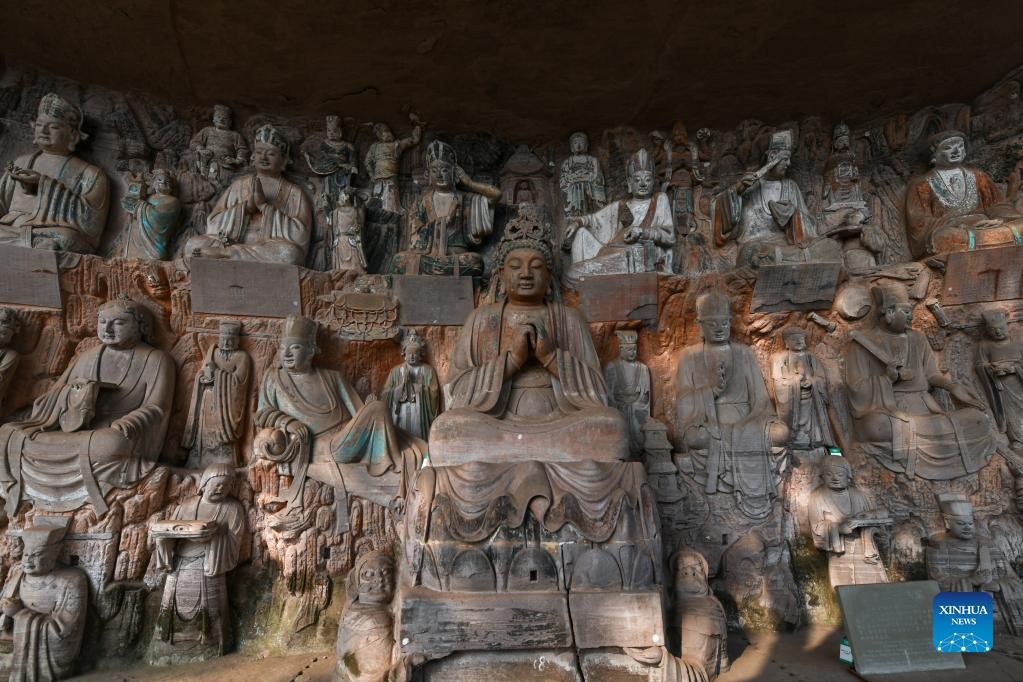 Anyue County in southwest China's Sichuan Province is famous for its stone carvings. Anyue stone carving dates back to as early as the Eastern Han Dynasty (25-220). Through the Tang (618-907) and Song Dynasty (960-1279), Anyue carving developed to its peak with the features of abundant, exquisite and magnificent. Now there are more than 100,000 stone statues preserved at about 230 sites in Anyue. Scattering in the mountains, Anyue carving was little known to the public for a long period of time. Nowadays, with the support of policies and funds, Anyue carving is revealed to the world. (Xinhua/Tang Wenhao)