Some rebound seen in HK travel, but boom still elusive 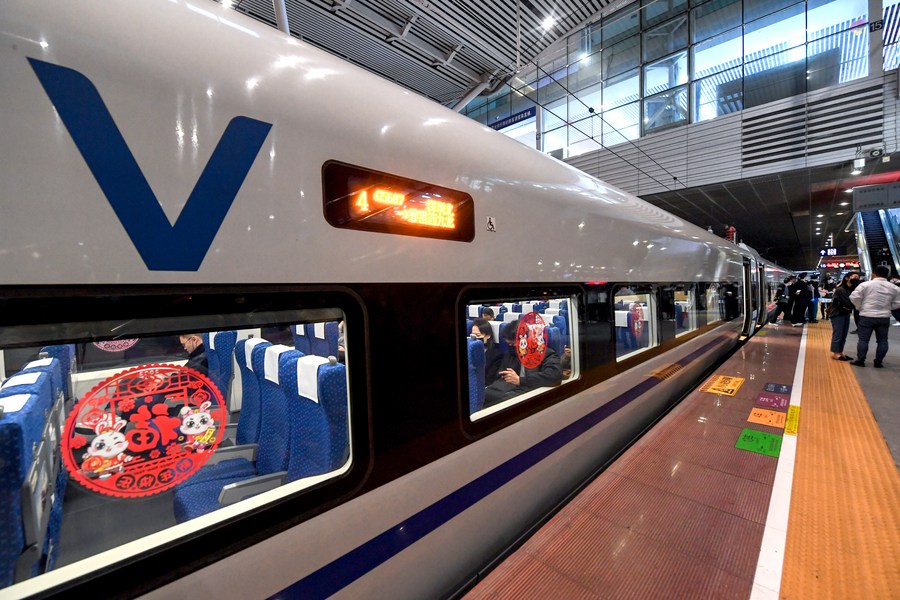 The desire for overseas travel among mainland travelers is expected to drive a recovery of tourism in the Hong Kong Special Administrative Region this Spring Festival holiday after the slump caused by COVID-19 border controls.

Travel agencies have released encouraging reports, saying that the upcoming seven-day holiday — from Saturday to Friday, will see a boom of outbound travel to Hong Kong thanks to the optimized COVID-19 control policies initiated on Jan 8.

The latest figures from the online travel portal Trip.com show that flight ticket bookings over the past week from the mainland to Hong Kong surged tenfold compared with the same period in the previous month. Travel bookings to the region doubled during the period.

The National Immigration Administration recently estimated that there would be 600,000 cross-boundary trips per day during the seven-day holiday at border checkpoints on the mainland, which represents twofold growth year-on-year. The figure is still only about 33 percent of that in 2019, before the onset of the epidemic.

Allowing for surging mainland travel demand, the Transport and Logistics Bureau of the SAR's government recently announced it would increase the number of railway tickets to Hong Kong from 14,000 per day to 20,000 per day from Wednesday. The line resumed operations on Jan 15 and initially offered 10,000 tickets per day.

The prices for attractions and hotels in Hong Kong have also shot up, according to travel agencies.On-demand retail portal Meituan said that as of Jan 15, hotel bookings for the Spring Festival holiday had risen 300 percent month-on-month on its platform and bookings for tourist attractions had surged by 1,000 percent.

Trip.com said that as of Jan 15, hotel bookings for the holiday had witnessed a year-on-year rise of 557 percent on its platform, with the average price of hotel bookings increasing by 109 percent.

Cathrine Chan, a 34-year-old Shanghai resident, said that she will visit her grandparents in Hong Kong this holiday. "I applied for the pass on Jan 3. It has been three years since we last saw my grandparents because of the pandemic."

She said that it is necessary for mainland residents to make a reservation before traveling to Hong Kong and they must produce proof of a negative nucleic acid test result taken within 48 hours.

However, some industry insiders are taking a more cautious attitude to the region's tourism recovery.

He said the sector would see a greater rebound if online registration and COVID-19 nucleic acid tests were no longer required for travel between Hong Kong and the mainland.

"At the moment, mainland tourists are coming to Hong Kong mainly for family visits or business, and we won't see many tour groups for the time being," Huen said.

He doesn't expect a significant rebound in mainland tourists at least until this Fall, in time for the October Golden Week holiday.

Tourism to Hong Kong has been very badly hit for the last three years. According to the Hong Kong Tourism Board, the city received only 91,000 overseas travelers in 2021, a 97.4 percent drop from the 3.56 million who came in 2020.Back in 2019, the region received nearly 56 million visits.