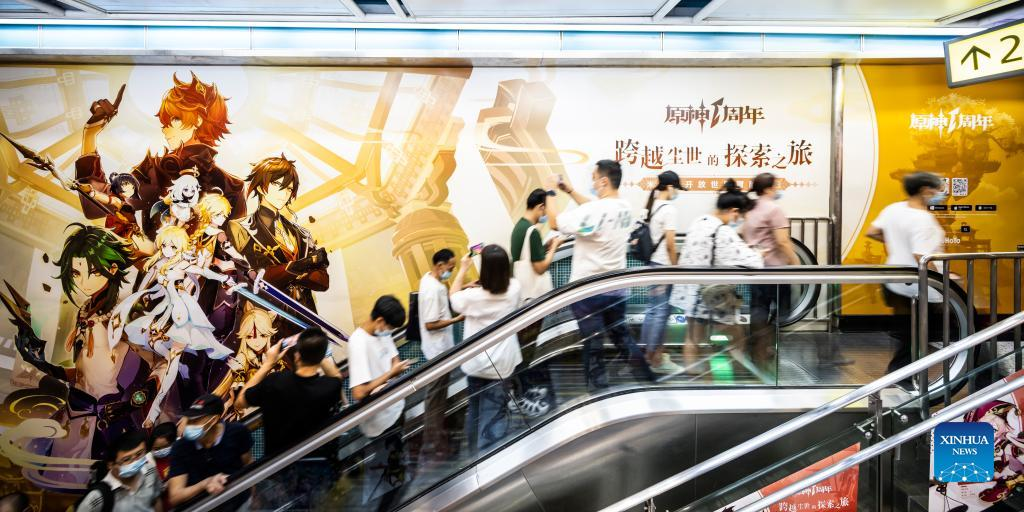 BEIJING, Jan. 10 (Xinhua) -- Dressed like a female warrior in Beijing Opera, a newly-unveiled character in the Chinese-made game Genshin Impact, has stirred the fervor of gamers globally.

Launched on Sept. 28, 2020, the open-world role-playing game has won numerous accolades in the gaming industry, including the iPhone Game of the Year among Apple's App Store Best of 2020 winners, and the Best Mobile Game Award at The Games Awards (TGA) 2021.

The game production team noted that they invited a Beijing Opera professional to sing an aria for the character. The aria clip has received over 1.5 million views and 160,000 likes within four days on the game's official YouTube channel.

"That was so beautiful. I was literally tearing up. Absolutely Amazing," wrote a comment below. Some also elaborated on knowledge of traditional Chinese opera genres and lyrics of the aria for other viewers.

Another video released one year ago, demonstrating the character "Zhongli" in the way of China's traditional storytelling has racked up nearly 25 million views.

Liu Wei, CEO of the game's Shanghai-based developer miHoYo, owed Genshin Impact's success to the integration of traditional Chinese culture and a fresh approach to showcasing the culture.

In addition to the Chinese opera element, players can also listen to the background music played on traditional Chinese instruments, and roam in scenes that are similar to China's world-renowned tourist attractions, with which miHoYo reached cooperative agreements.

"It is challenging to create products that appeal to people from different regions and cultures, but we believe that quality content has the power to overcome barriers and differences," said Liu.

China's self-developed games raked in more than 18 billion U.S. dollars in sales overseas last year, up about 16.6 percent year on year, with markets including the United States, Japan, and the Republic of Korea contributing over 58 percent of the sales, said a report released by GameLook, a gaming industrial research institute.

Integrating Chinese culture into games has become a trend. Rise of Kingdoms, another Chinese indigenous game, shows elements of the ancient Chinese military, and introduces famous characters such as Cao Cao and Guan Yu to the world.

The Arena of Valor designed several characters while adapting Chinese cultural elements and organized offline activities to allow players to experience Chinese calligraphy and Spring Festival conventions. The game is one of the products that China's internet and gaming giant Tencent launched overseas in the early years.

To expand the overseas market, game developers should accurately grasp the international market trends and audience preferences in different countries and regions in terms of language, content, payment methods, and localization of social modes, according to Zhong Kunjie, deputy general manager with the game maker Rastar.

"Games are integrating cultures together. More than 2 billion people across the world take games as their main form of entertainment. Games will also be globalized, where the art and culture of every country will shine with new vitality," said Ao Ran, secretary-general of China Audio-video and Digital Publishing Association. Enditem 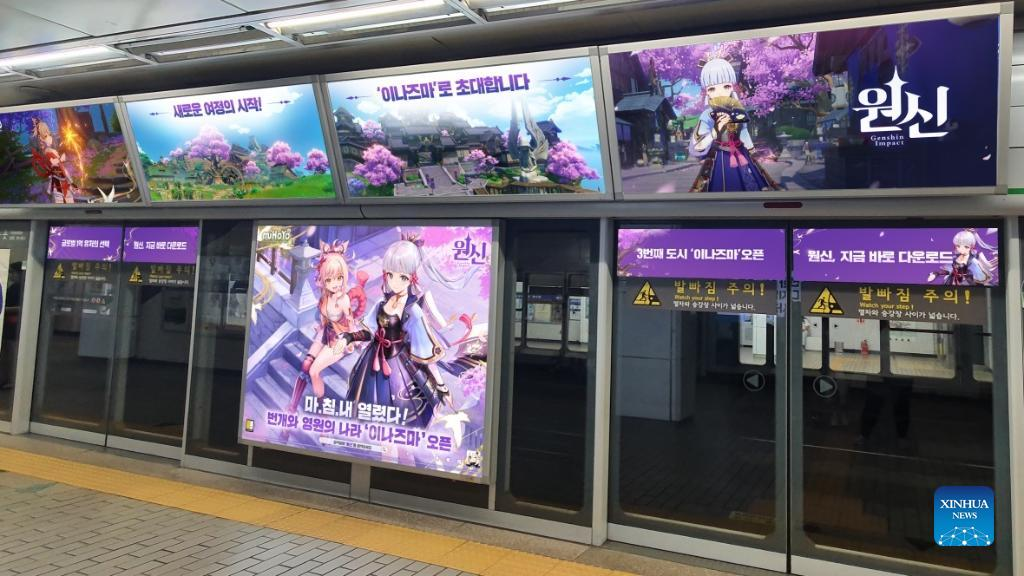 This undated photo shows posters of the Chinese-made game Genshin Impact in a subway station in South Korea. (MiHoYo Company/Handout via Xinhua)