Chinese photographers have stars in their eyes 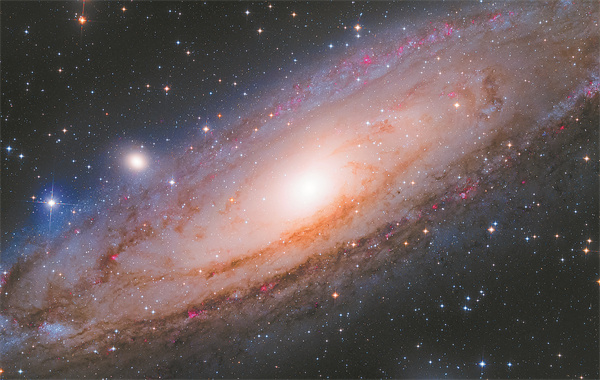 The Neighbor by Yang Hanwen and Zhou Zezhen, both aged 14.[Photo provided to China Daily]

Photographers from China were among the top prize winners at the 14th Astronomy Photographer of the Year competition, organized by the Royal Observatory Greenwich, in London.

The competition, which was divided into nine categories, with two other individual prizes, and an outright winner, attracted more than 3,000 entries from 67 countries.

Chinese photographers featured prominently and won prizes in three categories and one of the individual awards, with the most notable success being the young photographer award, jointly won by Yang Hanwen and Zhou Zezhen, both aged 14, for their image Andromeda Galaxy: The Neighbor.

The official awards news release described their picture as "a spellbinding photograph of one of the Milky Way's closest and largest neighbors "that revealed the vibrant colors of a nearby galaxy, stars piercing through the darkness and emphasized the awe and wonder of the breathtaking sight.

The overall top prize, chosen unanimously by the judges, went to Gerald Rhemann from Austria, who also won in the planets, comets and asteroids category, with his image Disconnection Event, which depicts a piece of Comet Leonard's gas tail being disconnected and carried away by solar winds.

Rhemann's photograph won special praise from the judges. "Comet Leonard, a long-period comet, first identified in January 2021, was captured by the Austrian photographer in Namibia on Christmas Day," according to the award announcement that added the comet will not be visible from the Earth again.

"This award is one of the highlights of my astrophotography work," says Rhemann, who won the overall top prize of 10,000 pounds ($11,492), in addition to the individual category. "All the effort that went into making this image a success was worth it." 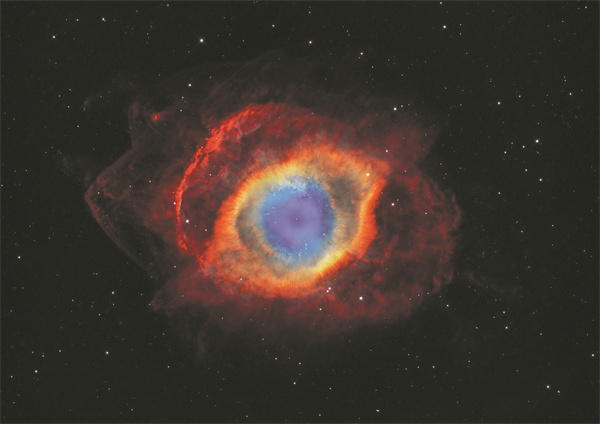 The Eye of God by Liang Weitang.[Photo provided to China Daily]

Andromeda Galaxy: The Neighbor, the image jointly taken by two Chinese teenagers, was highlighted by Laszlo Francsics, chairman of the Hungarian Astrophotographers' Association, the overall winner of the competition in 2019, and one of this year's judges.

"It is a superb capture by young astrophotographers, who also demonstrate their exceptional talent in processing a deep-sky photo," says Francsics.

Hanwen, one of the two Chinese teenagers to win the young photographer award, says, "I think this photo shows how gorgeous our nearest neighbor is."

"One of the main functions of astrophotography is to attract more people to fall in love with astronomy by showing the beauty of the universe," says Zezhen, the other teenager who won the award. 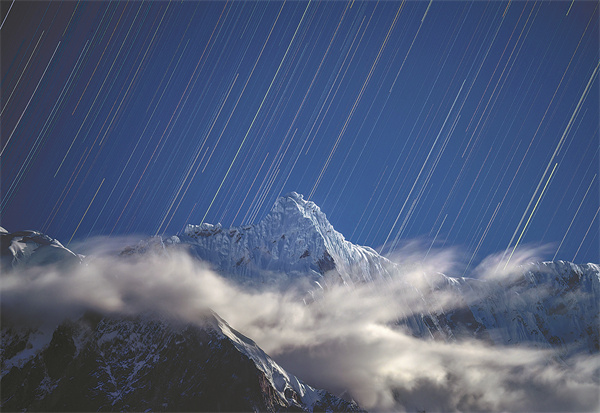 Stabbing Into the Stars by Hu Zihui and Andromeda Galaxy.[Photo provided to China Daily]

Another Chinese winner at the competition was Liang Weitang, in the stars and nebulae category, with the picture The Eye of God, an ethereal image of the Helix nebula, which looks like a large eye gazing down on the Earth.

In addition, Chinese photographer Hu Zihui's image Stabbing Into the Stars won in the skyscapes category, and the competition's Sir Patrick Moore Prize for best newcomer, named after the legendary British astronomer and broadcaster, went to China's Lun Deng for the picture The Milky Way Bridge Across Big Snowy Mountains.

With these, the record of entries from China in the competition has been bolstered last year, Dong Shuchang won the overall top prize for the picture The Golden Ring, of a solar eclipse in June 2020, and in 2016 Yu Jun won the competition outright with his picture Baily's Beads.

"As ever, it has been both humbling and a pleasure to judge these incredible images," says Steve Marsh, art editor for the BBC Sky at Night Magazine, one of the competition's major supporters. "The world's best astrophotographers have turned out to showcase their talent and innovation. Fourteen years of the competition have shown that astronomy is timeless and can withstand anything."

"The standard is incredibly high," says Ed Bloomer, astronomer at the Royal Observatory Greenwich. "It was really satisfying to see how many entrants challenged themselves to capture unusual, rarely imaged or transient events: There are some things you won't have seen before, and even some things that won't be seen again."

This year's winning photographs, as well as a selection of those shortlisted, will be on display at the National Maritime Museum in London, in addition to a book of the best images being published.