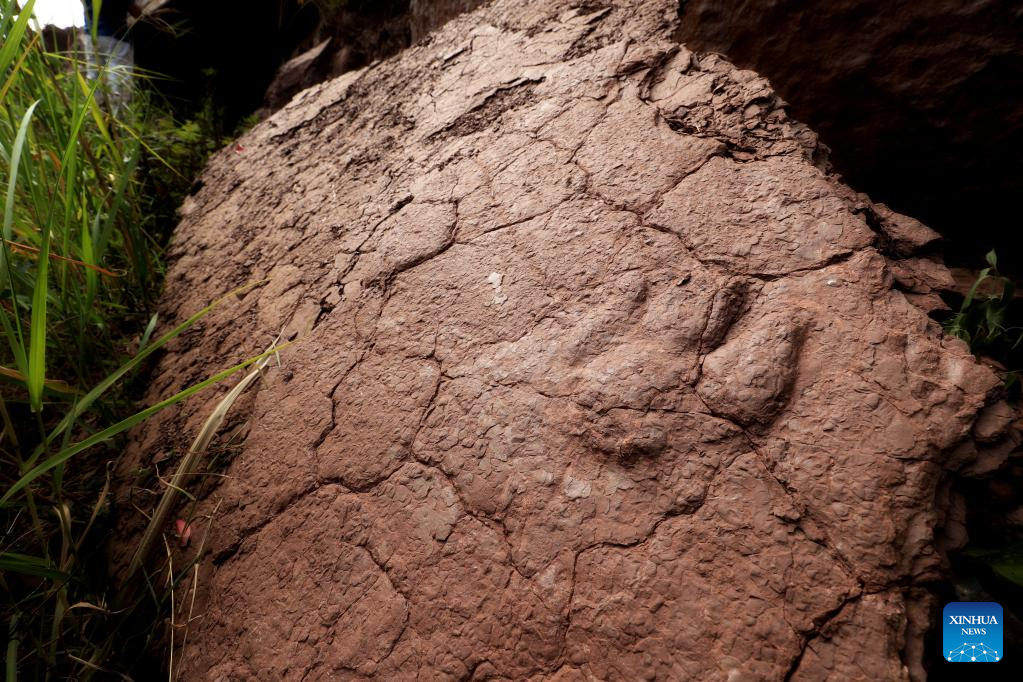 FUZHOU, Nov. 21 (Xinhua) -- About 15 square meters of well-preserved dinosaur footprints with both positive and negative fossil slabs have been unearthed in Shanghang County, Longyan City of east China's Fujian Province.

The discovery of such a large area of well-preserved dinosaur imprints is rare across the globe, said experts from the national expert committee on paleontology and fossils.

The fossils contain sauropod and theropod dinosaur footprints and a clear symmetrical ripple structure which clearly represents the sedimentary environment of lacustrine facies back then. More than 30 footprints of six dinosaur species were recorded by the imprints.

These fossils are quite rare in terms of both amount and clarity, which make them of great significance to the study of the living habits and living environment of the late Cretaceous dinosaurs, said the researchers.

Since November 2020, Shanghang has unveiled diverse dinosaur fossils, proving as fact that dinosaurs had lived in the area for a long time.