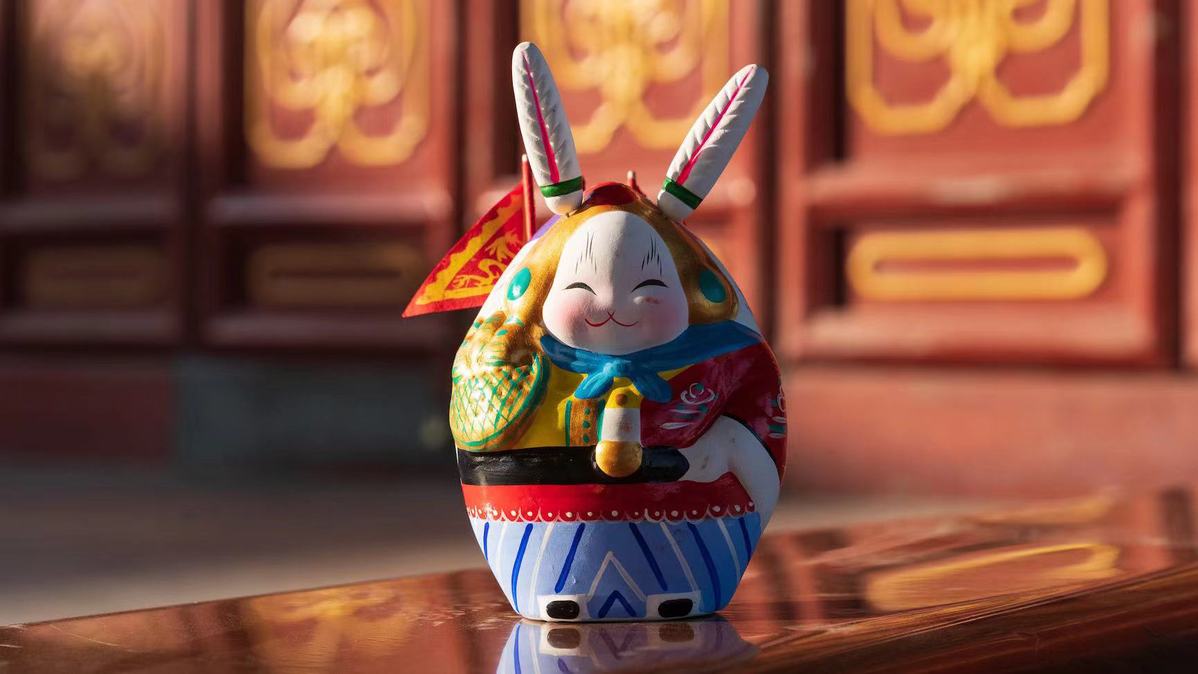 Figure of the Lord Rabbit.[Photo/CGTN]

With a human body and a rabbit's ears and mouth, Lord Rabbit, known as Tu'er Ye in Chinese, is considered an amazing symbol of Beijing local culture.

The earliest records of the Lord Rabbit date back to the Ming Dynasty (1368-1644), once used for worship on Mid-Autumn Day. During the Qing Dynasty, Lord Rabbit served as both a shrine and a toy for children. In the hands of modern artists, Lord Rabbit can now take on any shape and be decorated with any design.

In the iconic image, Lord Rabbit often appears in a warrior's armor, with banners on its back and holds a pestle, a tool for pounding medicine.

With the Year of the Rabbit just around the corner, come and follow the most famous rabbit in Beijing city and enjoy the beauty of the capital.

The Beijing Central Axis is 7.8 kilometers in length, starting from the Yongding Gate in the south of the city and ending with the Drum Tower and Bell Tower in the north. Most of the major old-city buildings of Beijing are along this axis. The central axis is like the backbone of Beijing, representing the highest achievement in the planning, design and construction of an ancient capital of Eastern civilization.

Located in downtown Beijing, Beihai Park is one of the oldest and best-preserved imperial gardens in China. First built in the 11th century, it is among the largest of all Chinese gardens and contains numerous historically important structures, palaces and temples. Since 1925, the place has been open to the public as a park.

The White Stupa of the Miaoying Temple was completed during the Yuan Dynasty (1271-1368) and was designed by Nepalese architect Araniko (1245-1306) and is the only well-preserved cultural relic of the Dadu capital of the Yuan Dynasty in Beijing. The main body of the White Stupa resembles a giant inverted bowl. At the juncture of the stupa body and its base, a lotus throne featuring 24 upturned carved lotus petals makes a natural transition between the two parts. 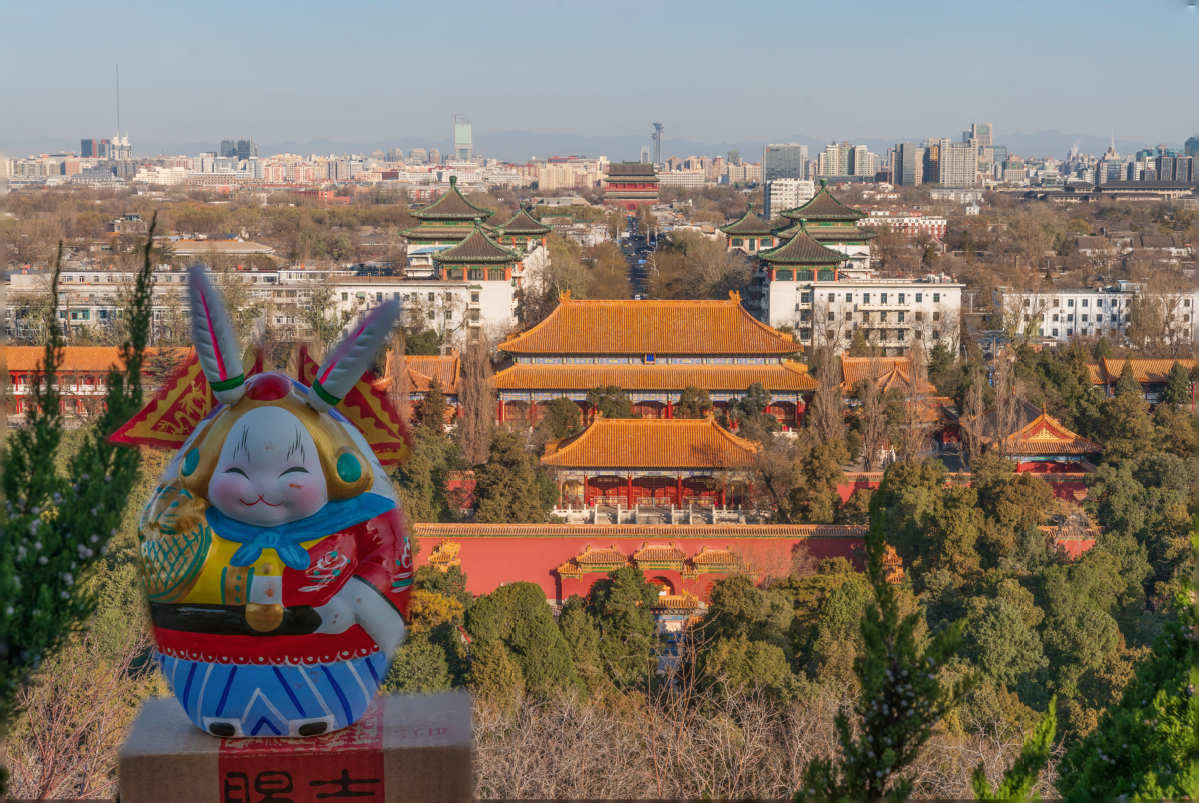 The Temple of Heaven, a complex of imperial religious buildings situated in the southeastern part of central Beijing, founded in the first half of the 15th century, is a place where emperors of the Ming and Qing dynasties in China worshiped heaven for bumper harvests. The Temple of Heaven was inscribed as a World Heritage site in 1998 and was described as "a masterpiece of architecture and landscape design."

Beijing Olympic Park, also known as the Olympic Green, is located in Chaoyang district, Beijing, with a total land area of 11.59 square kilometers. The famous National Stadium or "Bird's Nest" is the centerpiece of the park, it hosted the opening and closing ceremonies, athletics and football finals of the Games. The National Aquatics Center or "Water Cube" hosted the swimming, diving and synchronized swimming events, it transformed into the "Ice Cube" for the 2022 Beijing Winter Olympic and Paralympic Games, and detachable curling tracks were built on the swimming pool to host curling events. 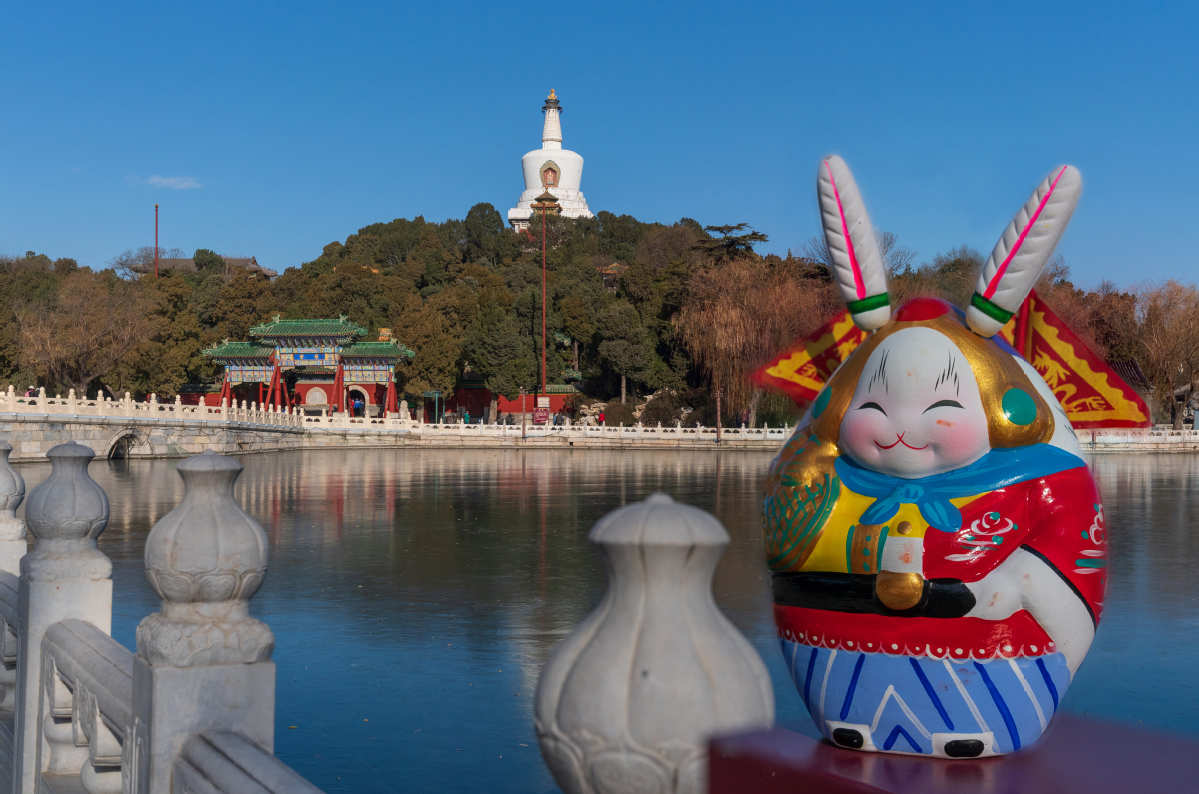